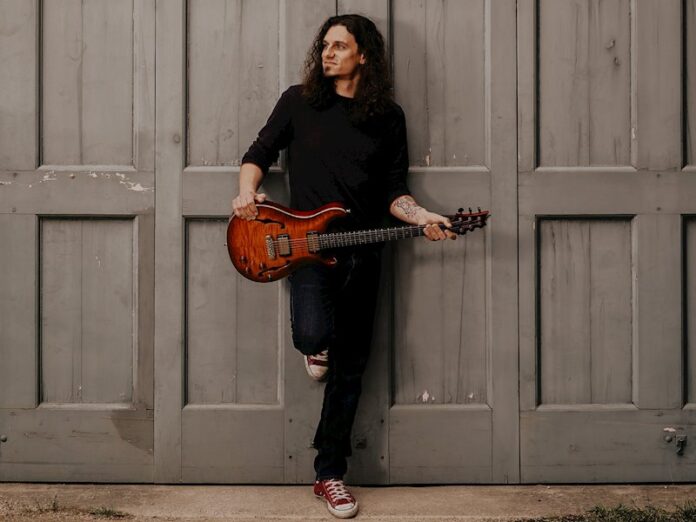 DANNY BEARDSLEY returns with his stunning new sophomore album, Chase The Sun, which arrives on Friday 24th June. Danny has now also released a towering new single, Pulling Me Under, and you can watch the video, here – https://youtu.be/DnV5WFGNYYU .

DANNY BEARDSLEY is a truly gifted musician with a powerful and alluring voice. He has been hailed by many as one of the most intuitive and exciting guitarists of his generation. Danny has certainly cut his teeth on the live circuit; he is founder and member of instrumental progressive trio, The Parallax Method and has played at some of the most prestigious festivals including Download, Bloodstock, UK Tech Fest, Hammerfest, HRH Prog, HRH Road Trip to Ibiza, Rock and Blues Festival, Camden Rocks, and Macmillan Fest. Danny’s musical ventures have earned support from the likes of Classic Rock Magazine, Scuzz TV, Powerplay Magazine, Prog Magazine, Kerrang, Metal Hammer, Planet Rock and Total Guitar, as well as ranking him in MusicRadar’s 2019 poll as one of the top 10 new guitarists in the world. He is also an official ambassador for Orange Amps and a PRS Guitars supported artist.

Following from the widespread success of his debut album, Blood from A Stone, which dropped in 2019, Danny is back with a record that surpasses the very high standard set by his debut. Chase The Sun is an album that holistically illustrates Beardsley’s supreme talent and songwriting prowess. Danny remarks about the record: “Creating this album has been a cathartic process for me, mentally and spiritually. I wanted to push myself as a songwriter and showcase more influences. I transposed guitar parts and experimented with arrangements until the songs spoke to me. As with my other albums, I recorded and produced it myself at my home studio.”Given the sheer quality of the album, a series of singles will undoubtedly be released, as the record is certain to enhance Danny’s already stellar reputation.