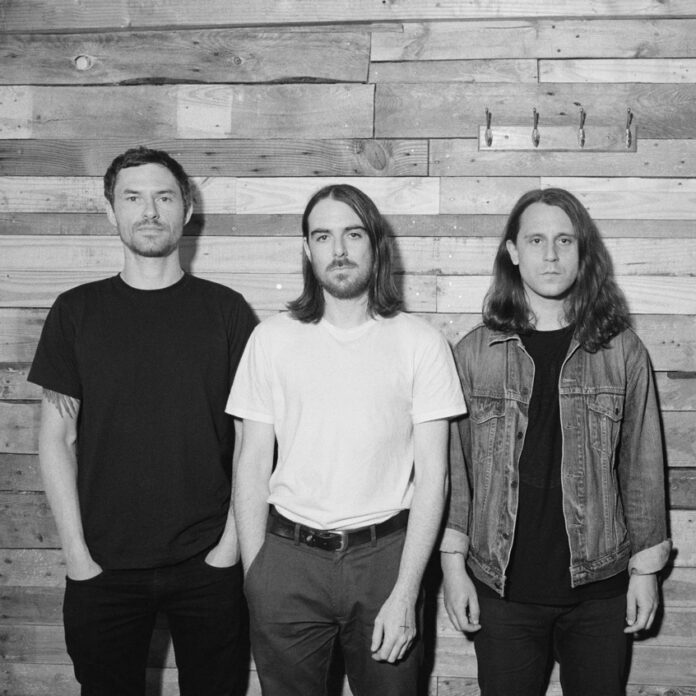 Leeds-based rock trio PULLED APART BY HORSES are delighted to reveal details of their forthcoming fifth album Reality Cheques, which is set for release on 30th September 2022 via Alcopop! Records.

Having already performed incendiary live sets at 2000 Trees and TRUCK Festival this summer, the band also today announce an extensive run of October 2022 UK headline tour dates in support of the new record, with fanbase on sale Wednesday 3rd August 2022 and general on sale Friday 5th August 2022 (see below for listings).

Serving as the sonic blueprint for the next PABH chapter, the new single was inspired by late ’70s garage rock, post-punk, and heavy weight rockers like Iggy And The Stooges, The Rolling Stones, Bowie and The Cramps.

Commenting on the band’s evolution for the new record, vocalist Tom Hudson says: “Our musical tastes change monthly, never mind over the course of the years, so we are never going to be the kind of band who’d do the same album every time. We’ve always been that band that are ‘too heavy for the indie kids, and too indie for the heavy kids’ in industry terms, but it’s quite cool that people don’t really know where to put us, because it means no-one can easily slap a genre name upon us. Now we have the freedom to just be who we are.”

After a period of rest, reflection and transformation, in 2021 PABH signed to their new home at Alcopop! Records for the release of their long-awaited forthcoming fifth studio album in 2022, with further details of the record to be revealed over the coming months.

The album’s lead single ‘First World Problems’ was released late last year, with the track picking up radio support from Huw Stephens at BBC 6music and John Kennedy at Radio X and a swathe of support from NME, DORK, UPSET, GIGWISE, DSCVRD and many more.

With the trials and tribulations of their critically acclaimed fourth album The Haze behind them, Pulled Apart By Horses have emphatically returned, and are approaching 2022 with fresh perspectives, open minds, and a flurry of creativity—writing new songs, defining their sound, and wrestling back control of their own artistic process.

Previous article
HEAVYWEIGHT FIGHTER
Next article
HOME ON THE BARSTOOL