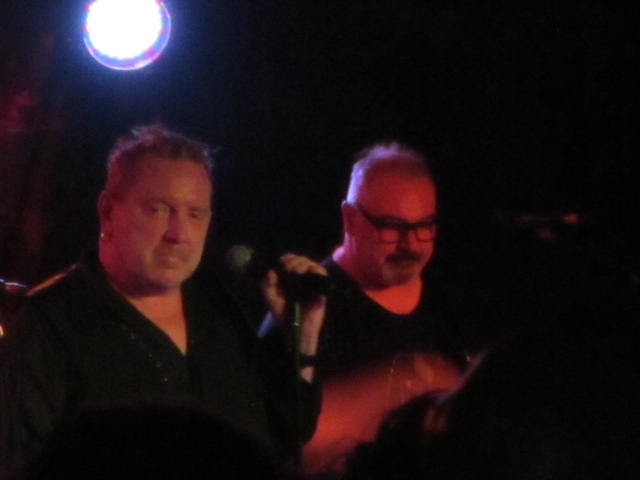 Damian catches up with John Lydon after over 30 years

I was one of the lucky ones to get a ticket to this intimate show at the 550 capacity Slade Rooms in the heart of the Black Country. The show sold out in less than three days when most people got to hear about it. I have always loved PIL and it had been 33 years since I last saw them at Birmingham Odeon in late 1983.

The current line up of Bruce Smith (Drums), Lu Edmonds (Guitars) and Scott Firth (Bass) has been cohorts with Lydon since 2009 and it really shows in the musicianship of this band.

The power house of the band hit the stage and start the intro to “Albatross” from Metal Box before the Godfather of Punk saunters on and his familiar whining vocals add to the ecstatic atmosphere.

There is no let up and we get three songs from last years tenth studio album “What The World Needs Now” starting with the really catchy “Double Trouble”, “Know Now” and “Bettie Page” with the truly wonderful “This Is Not a Love Song” sandwiched in-between.

A slightly off kilter version of “Death Disco” comes next, a song written for John’s mother, after she died of cancer. “The One” is the fifth track from last years “What The World….” that we get before two tracks from the 1984 release “This is What We Want” in the form of “The Order of Death” and “Tie Me to the Length of That”

“The Body” and “Warrior” follow quickly before we are treated to two crackers to end the show on, “Religion” and the marvellous “Rise”

A short break and the boys return for another track “I’m Not Satisfied” from last year’s release “What The World….” before the Leftfield/ Lyndon track “Open Up” merges into “Shoom” and the show is over.

I really enjoyed this show, the band were on top form and if I’m honest it made me reappraise the album “What The World Needs Now”, which maybe I didn’t appreciate on release.

Public Image Ltd is a band to be treasured led by one of our own National Treasures.

This show was certainly, as the album says, What The World Needs Now!!!