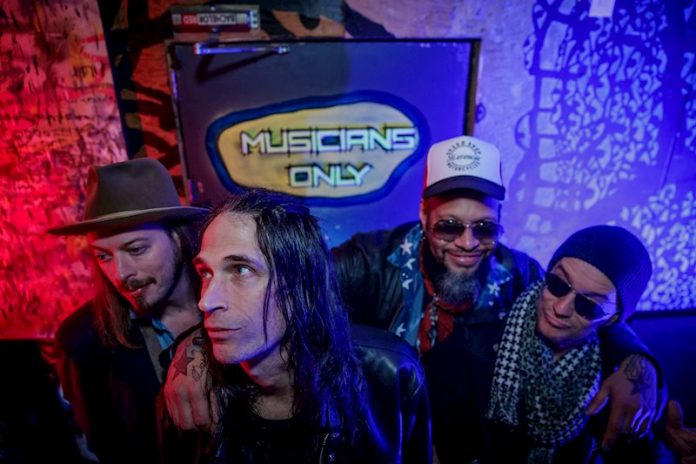 New York City is known for a lot of things, but to many it’s the home of Rock ‘n’ Roll. A fiery and hugely influential Rock scene that spawned bands such as Kiss, the New York Dolls, The Ramones, Living Colour & Velvet Underground but it wasn’t just the bands, it is also about the iconic venues such as CBGB’s, Fillmore East, The Mercury Lounge and Bowery Ballroom.

PSSR go full blast with their new single ‘Push’, with tough lyrics and vocals over a gritty NYC rock backdrop. The band are fronted by the charismatic Eric J, on vocals and guitar, featuring superstar Guns N’ Roses drummer Frank “Thunderchucker” Ferrer, steady rocking bassist Brett Bass (Greg Allman), and all tied up by journeyman lead guitarist/producer Rob Bailey (everyone from Delta Goodrem to David Johansen) and are true to the tradition of what NYC Rock is all about.

Take note fans of AC/DC, Aerosmith, Motorhead and The Stooges, PSSR has got your back. When was the last time you had a good time? PSSR are happy to show you the biggest party of your lifetime!

Previous article
CHASIN’ DOWN MORGAN
Next article
BAND OF THE DAY: BETHLEHEM CASUALS