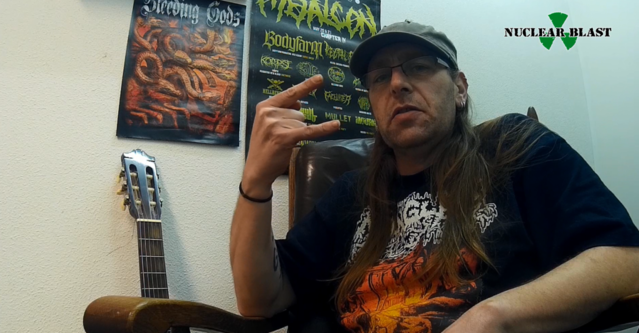 In support of the forthcoming album, the band have started rolling out a series of trailers covering the making of, amongst other things. Today vocalist Mark Huisman discusses the natural progression from the band’s previous album Shepherd Of Souls to the new album, Dodekathlon:

Dodekathlon is comprised of twelve tracks which each represent the twelve labours of Hercules under the rule of his cousin and king, Eurystheus. He was tasked with performing these labours for twelve years as a penance for his terrible actions and in return, he was rewarded with immortality. Each of the tracks on the album tells a part of this story.

The album was recorded at Pitch Note Productions and Hal 5 Studio; mixed and mastered at Soundlodge Studio. The cover artwork was created by Dimitris Tzortzis from Immensa Artis.