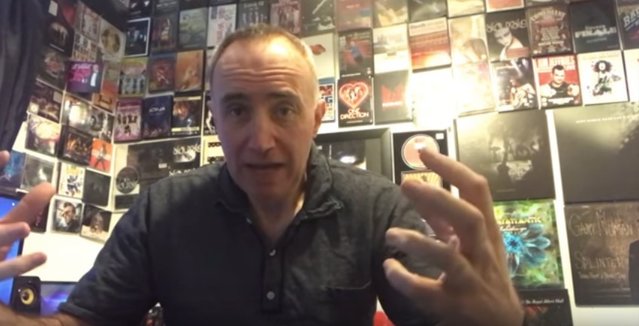 ANTHRAX’s forthcoming live release Kings Among Scotland is due to hit shelves on April 27th. The new release showcases the band’s live performance of their legendary album Among The Living, as well as a mixed live set including a raft of ANTHRAX classics.

Today the DVD’s producer and director, Film24Productions’ Paul M. Green (OPETH, THE DAMNED, THE LEVELLERS) talks about the intensity of the audience and how that presented a challenge when it came to directing to his camera operators:

“I’ve been in this for sixteen years,” said Green, “and I can honestly say I don’t think I’ve ever felt such power at a concert in my life. We had these noise reduction headsets so we could communicate with each other and it was so noisy, even with all that technology, people were not quite hearing what I was saying. The power of it was unbelievable. And I was at the back of the auditorium, so god knows what it would have been like in front of the speakers. ANTHRAX are legends, what more can you say?”

Pre-order the album on CD, DVD, Vinyl and as part of a Limited Edition bundle, here: http://nblast.de/AnthraxKingsScotland

Kings Among Scotland was produced, directed, filmed and edited for Film24Productions by Paul M. Green (OPETH, THE DAMNED, THE LEVELLERS), with the sound mixed by ANTHRAX studio producer Jay Ruston.