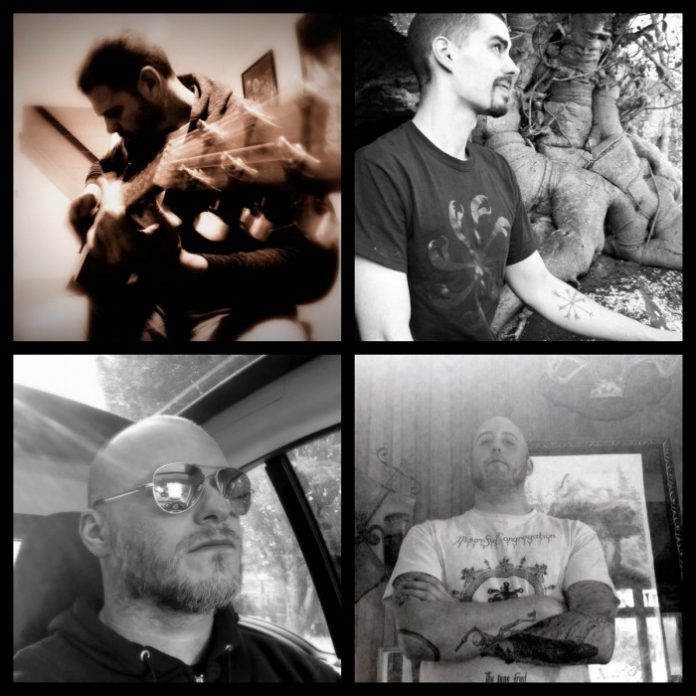 US Neo-Folk Acoustic Doom band, Dolven, are to release their debut record, “Navigsting The Labyrinth”, later this month

Featuring 7 passages infused with a sophisticated blend of Neo-Folk inspired Acoustic Doom, crafted by members behind bands such as Agalloch, Ironwood and more.

These seven passages deal with the labyrinth of the human minds range of emotions, that we encounter and traverse through in our journey from life to death.

To round out this unique experience the album has been mixed and mastered by legendary producer Billy Anderson.

CD:  CD in Jewel case format. Featuring a full colour 8 page booklet including full lyrics and an accompanying ‘Art Gallery’ to accompany the lyrics themes over a Three-Act Structure.

CASSETTE: Strictly limited to 100 copies. Featuring alternative artwork painstakingly reconstructed & re-imagined from the original Sir Edward Coley Burne-Jones painting ‘Theseus and the Minotaur’. The artwork expands into a 4 page J-Card, whilst adding a labyrinth’s corridor of lyrics on the inner side. The cassette will be issues in a Black shell with Gold print.