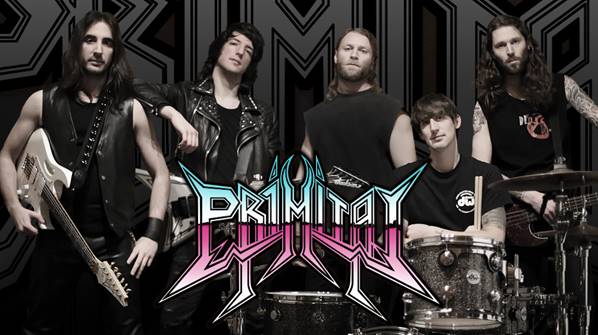 One of the UK’s finest exponents of traditional metal, Primitai are excited to announce their return with a brand new album and a brand new line up!

May 12th at The Black Heart.

Primitai remain one of the UK’s finest exponents of traditional heavy metal and with their crushing new album ‘Night Brings Insanity’, the band are well and truly back!

Since the release of their acclaimed ‘Rise Again’ album, there have been a number of changes in the band’s line up. With the departure of drummer Chris Chilcott and bass player Jamie Lordcastle it was left to band stalwarts Srdjan Billic, Guy Miller and Sergio Giron to bring in fresh blood to the band. Joining Primitai are former members of Dry The River Scott Miller (bass) and drummer Jonathan Warren, both bringing a fresh impetus to the songs as can heard on the excellent new album. ‘Night Brings Insanity’ features nine riff-based blasts of unadulterated melodic heavy metal, showcasing Primitai at their very best.

The band confirmed ‘We’re very happy to announce that our new album, Night Brings Insanity’, will be released this May! We’re excited to get this new line up out on the road to meet you all!’

Previous article
The Beast Is Back
Next article
Featured Band: The Blackmail Snaps