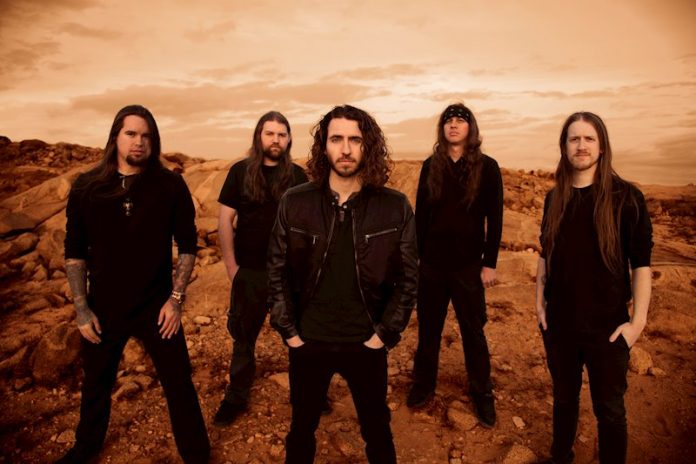 Sacramento-based power metal band HELION PRIME will release their sophomore album “Terror Of The Cybernetic Space Monster” on August 31st. Their first single & music video for ‘Silent Skies’ is out now and you can watch it here:

HELION PRIME’s upcoming new album consists of nine brand new tracks – with the seventeen minute monster title song marking a stunning finale. The band’s new piece of work was mixed and mastered at LSD studio by Lasse Lammert (known for his work with bands like Alestorm and Gloryhammer). HELION PRIME continues their theme of blending science fiction with science fact.

Founder Jason Ashcraft comments: “I wasn’t sure where I was going when writing this album. As fans who follow us closely know, it’s been a bumping two years for us since the release of our debut. We are back and fully inspired. This album focuses more on human nature and our battle with the good and evil within ourselves. I did not plan this when starting the album but that is where it naturally evolved. I am very pleased with the result and hope you are all as equally excited.”

This album will mark the first time the full band line up is joined together on a release. This also marks the debut of Sozos Michael on vocals. Sozos remarks on the subject: “Working on this album has been an incredibly rewarding experience. While Jason had a clear vision as to what this album would shape up to be as the principal songwriter, he was always open to my ideas on vocal lines and lyrics. Our collaboration went very smoothly and it definitely shows on the final product.”

Jason also comments on the audition of Sozos: “He is the kind of singer I have always dreamed of working with. Not only are his vocal skills top notch but he understands and knows what the music needs. Writing together for this album was a breeze and I hardly had to ask for any rewrites. Often he would send me ideas that was exactly what I was thinking. I am thrilled to work with someone like that and can’t wait to see what we accomplish together.”

The cover art was once again done by Marc Whisnant, who was already responsible for the artwork of the band’s self-titled debut album, which was released via Divebomb Records in early 2016 before AFM Records signed the band to a worldwide deal and re-issued “Helion Prime” almost exactly a year after its initial release. Press hailed the album as a breath of fresh air in the power metal scene and called it one of the most innovative power metal records in a long time.