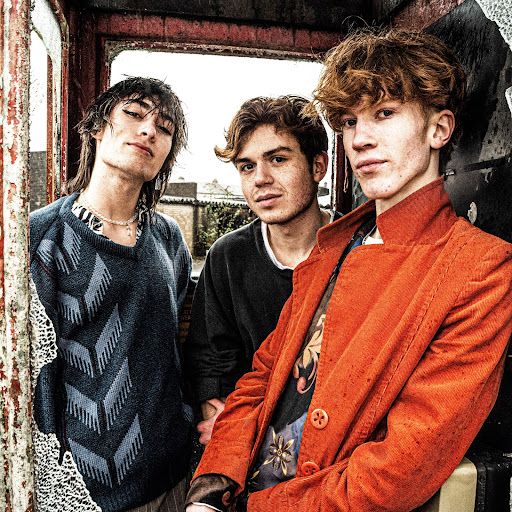 Glimmering with youthful promise, jangling percussion and an amalgam of heady funk influences, “All Over” arrives as an idiosyncratic introduction to to Vacant Weekend — the creative outlet of three friends who bonded over a shared love of dry ’70s funk, 00s- indie-rock and milk chews.

With rhythmic funk-laden grooves, steady drum-beats and danceable retro bassline, the track deftly blends clean indie vocals with scintillating instrumentals and a crystal-clear approach to production. Capturing the band’s genre-hopping nature and impeccable, out-of-the-box approach to musicianship, the result is a shimmering sound well-beyond their years.

With a unique take on music-making that’s hard to pin down, the track combines the low-slung rhythms and jazz-tinged instrumentation of Tom Misch with the live-ready summer anthem sensibilities of the likes of Two Door Cinema Club, and lands just in time for the revelry of festival season.

Of the infectious first track, the trio explain:

“‘All Over’ is our debut single as Vacant Weekend… The track is the result of us jamming after a set in Shap in December 2020. It’s full of punchy, get up and dance energy, paired with catchy hooks from our lead singer Alex Beston.”

After releasing early-on in their school careers that they didn’t quite fit in, Vacant Weekend formed over a shared vision of creation without fear of being mocked. Coming together in 2019, after four or five years of each playing and writing in various different ensembles, the trio embraced the sentiment of being outsiders whole-heartedly.

While the band’s drummer and lead singer met in school lessons they both found themselves uninterested in, the guitarist and drummer bonded over impromptu playground busking. Decking themselves out in clothes from a second-hand shop on a fell Vacant Weekend are, if nothing else, uniquely themselves.

With a sound that’s hard to place into a single genre, the trio expertly blend dry and funky syncopation with attentive harmonic choices and gritty adolescent themes — all performed by losers with excellent musicianship.

With the new tune having already been debuted at the band’s recent live shows, including their set at Cumbria’s Solfest in 2021, “All Over”‘s glistening vintage grooves have already received an enormous reception from audiences.

With sets at Solfest and Kendal Calling lined up for this summer, Vacant Weekend will also be playing live shows in Kendal and Manchester in celebration of the new single’s release. Full dates and details below.

Previous article
A BRIDGE TOO FAR
Next article
BREAK YOUR SILENCE