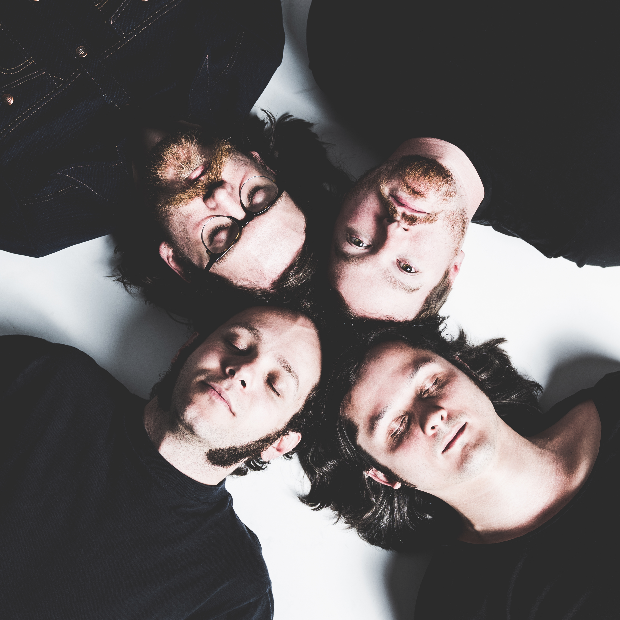 May 25, 2017
Reading time: 1 min.
Facebook
Twitter
Pinterest
WhatsApp
Linkedin
Email
Print
Telegram
Copy URL
By Andy Thorley
Ripple Music is thrilled to welcome Baltimore’s heavy psych rockers, The Flying Eyes, to it’s roster of the best of modern heavy psych, stoner, doom and heavy rock.
The Flying Eyes name comes from a 1962 science fiction novel about giant, disembodied eyes that descend from outer space to control humanity…
Since forming ten years ago, they have released four albums, several 7″ singles, and toured the world, supporting bands such as Dead Meadow, The Raveonettes, The Black Angels and Dan Auerbach among others.  The Flying Eyes have achieved a notable following in Europe with extensive club touring and festival appearances. Highlights include: Burg Herzberg Festival (sharing the main stage with Jeff Beck and Hawkwind), Rockpalast Crossroads Festival, Stoned From The Underground (DE), Desert Fest Belgium (BE), Trutnov Open Air (CZ) as well as the Synchronicity Festival in India.

After extensive touring in South America, playing shows and festivals in Brazil, Argentina and Uruguay, they linked up with producer Gabriel Zander (Mars Red Sky) at Super Fuzz Studio in Rio de Janeiro to record their upcoming Ripple Music debut album Burning of the Season. Season is a return to the band’s roots of fuzzed-out blues and soulful psychedelia with the maturity and craftsmanship of age. Coming out this fall on Ripple Music (US and non-European Territories), it is their heaviest statement to date.