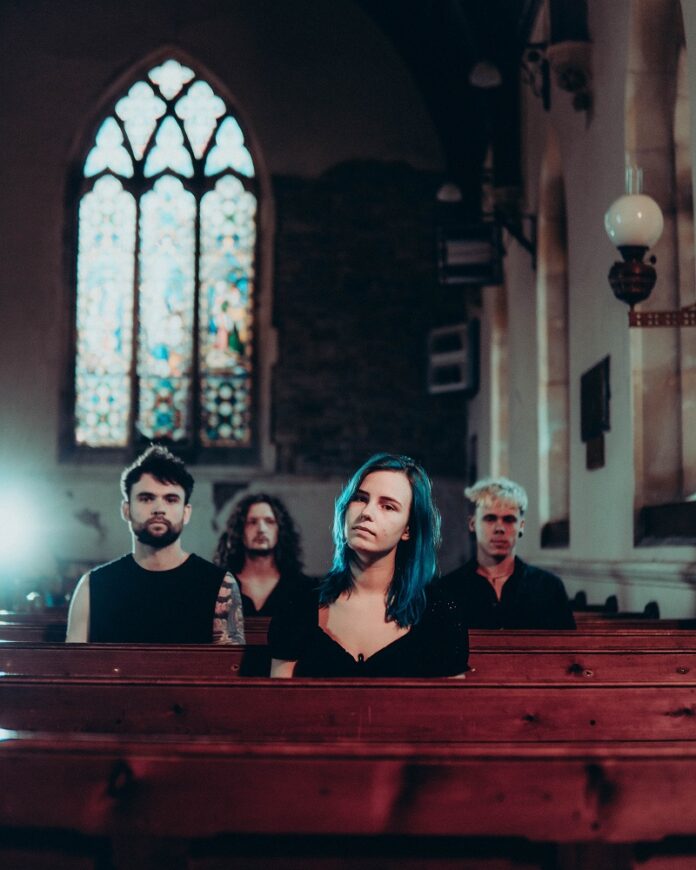 Following their fantastic debut festival performance at Download opening up the Avalanche Stage, today ANIIMALIA unveil their second taster of their new EP in the form of new single ‘Alien’. The track opens their brand new EP ‘Pressure Points’, set for an August 19th release via Marshall Records.

Alongside the single the band have unveiled their brand new video. Watch below!

The video, shot once again by Loki Films sees the band look at the idea of paranoia surrounding what others perceive of us, the video is the perfect visual representation of this anxiety inducing phenomenon and the fierce presence that the band create. Regarding the track ANIIMALIA had the following to say:

“Alien was an exciting opportunity to experiment with our sound and imagery. We wrote the song relatively early on as a band, so when it came to recording we definitely jumped on the opportunity to expand it into a more extra-terrestrial sound. It was important to stay true to our energy but also focus on the storytelling aspect, which was originally inspired by a lot of Sci-Fi films and TV, but developed into something a lot deeper.

The lyrics ended up reflecting the kind of paranoia a lot of us experience, especially related to anxiety, surrounding what other people think of us, and an obsession with reputation as a whole. It’s something that was a personal struggle at the time, but also really noticeable in the world around us – everyone’s become a lot more aware of the world and more sceptical of each other.”

‘Alien’ builds upon the Metalcore / Rock sensibilities of previously single ‘Silver Linings’ and showcases that the band aren’t content with merely churning out the same content but changing the game entirely. With one foot firmly in the Metal camp and the other rooted in the world of Pop, ANIIMALIA straddle a fine line of song writing craft. The track, taken from the EP, was produced, mixed and mastered by the renowned Romesh Dodangoda (Bring Me The Horizon / Nova Twins / Funeral For A Friend).

Hot off winning Kerrang!’s ‘The Deal’ after a unanimous decision from an esteemed panel of judges that included Sophie K (OWWWB / Kerrang!), Kamran Haq (Live Nation), Loz Guest (Kerrang! Radio) and many more. ANIIMALIA were crowned the winners of a competition that saw over a thousand entrants take part.