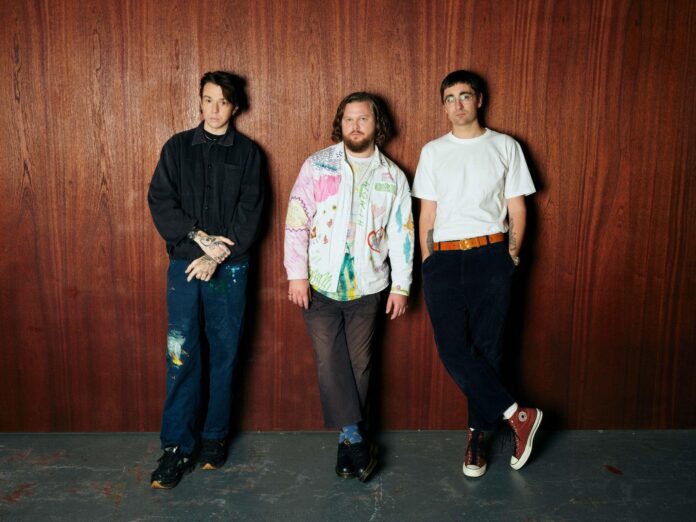 The Mercury Prize winning, chart-topping alt-J have released a remix of HARD DRIVE GOLD from their new album THE DREAM, which is out now via Infectious Music / BMG. The track has been reworked by multi award-winning electronic polymath Maya Jane Coles, who has propelled the already dynamic track into new, unexpected directions. Alongside this, the band have released a remixed version of the visualiser for Hard Drive Gold. Watch here: https://www.youtube.com/watch?v=hwgY8DS7gbo

Maya Jane Coles imbues Hard Drive Gold with a trippy late-night sensibility. Newman’s vocals are panned and slowed, gliding across a pulsating four to the floor house groove. The chanted hook of the original track remains – “Don’t be afraid to make money, boy” – but this time possesses an added sense of jeopardy. It’s a truly heady reinterpretation of one of the highlights from the band’s fourth album.

THE DREAM is an album where true crime inspired stories and tales of Hollywood and the Chateaux Marmont rub shoulders with some of the band’s more personal moments to date. Both beauty and darkness lay side by side – often seamlessly merging on the same track; a purposeful choice that pays dividends across the record. The band’s dazzling instrumentation has matured; there are still far out moments but now they are deployed with an artful precision.

alt-J previously announced a run of intimate shows in association with Independent Record Stores in May and into June, and the band are currently on a major tour across the US featuring state-of-the-art production that utilises hologram technology which they will be bringing over to the UK later this year.