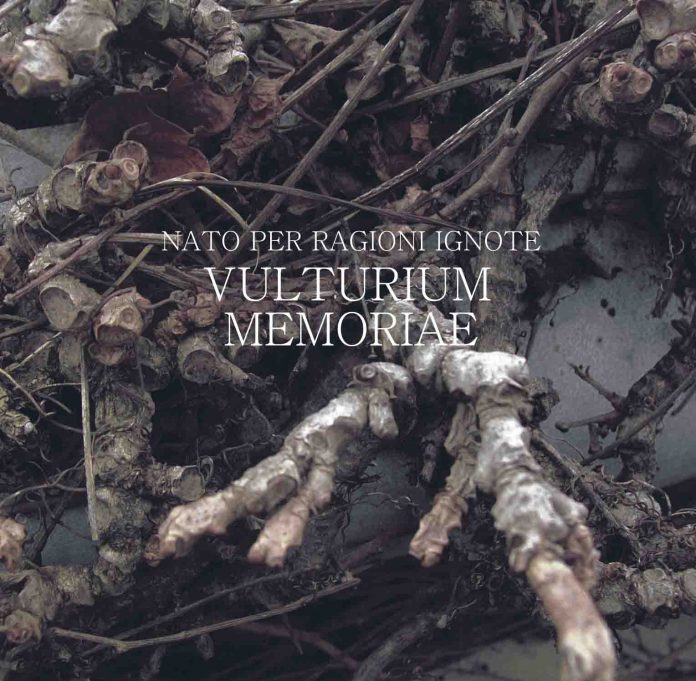 “An eerie, melancholic instrumental soundtrack for a journey over grey dark seas and tides…”

Not often words you would associate with these pages, but that’s exactly how Vulturium Memoriae describe themselves.

project of the sole member Mirg, started from black metal roots of prominent American acts (Leviathan, Xasthur) but definitely stretched his music into a strong darkwave emphasis, especially with the over-delayed guitar parts.

This moved them into similar areas as cult Darkwave band Lycia but as Mirg explains, this wasn’t by chance: “The recording caught the attention of Lycia vocalist Mark Portfleet not by coincidence, as we presented the project months before as a mix in between Xasthur and Lycia!”

Being the darkwave influence prominent in the obsessively repeated riffings and programmed drum machine lines, it has been said that this record could fill-in the gap in between BLUT AUS NORD from “The Work..“ or “777 Sects“ and the dreamy escapism of The Cure or Cocteau Twins.

It was released last week, so check it out for yourself on Bandcamp.