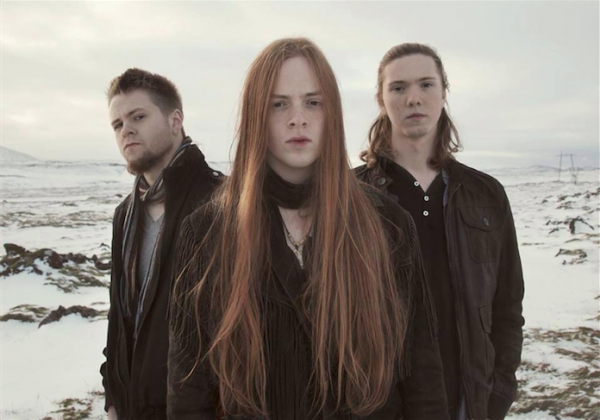 After the legendary Pentagram, next band to be confirmed for the 2015 edition of heavy & psych festival SONIC BLAST MODELO in Portugal is Iceland’s remarkable psychedelic trio THE VINTAGE CARAVAN

Hailing from Reykjavik, THE VINTAGE CARAVAN is assuredly one of the youngest rock trio to cause a stir among blues and psych rock fans across the globe. After the release of their first record “Voyage” in 2011, the band signed on Nuclear Blast Records in 2014. Their enthusiastic approach of the 70’s rock sound and their all out fire-laden performances have made them earn the recognition of both their peers and the crowd. Come and get sucked into a whirl of bluesy riffage with The Vintage Caravan!
SONIC BLAST MOLEDO 2015
August 14-15th in Moledo Do Minho (Portugal)
Already confirmed: Pentagram, The Vintage Caravan
Sun, Sea, Surf, Pool, Skate & Heavy Riffs: that’s the SONIC BLAST MOLEDO motto! Located in a lovely town on the northern tip of the Portuguese coast, this outdoor festival offers the perfect summer break for all heavy & psych music lovers. With two stages on a unique beach-front spot, attractive lineups every year (from Church Of Misery to Kadavar, The Bellrays, Blues Pills, The Atomic Bitchwax, Mars Red Sky, Samsara Blues Experiment…), surf, skate & pool activites in an overall friendly atmosphere: this is not a dream, this is SONIC BLAST MOLEDO and we invite you to join the party next August in Portugal to enjoy the best heavy & psych acts under the sun, a Super Bock in hand…
Previous article
Reaching The Inner Sanctum!
Next article
Matt Schofield Starts Tour Next Week!