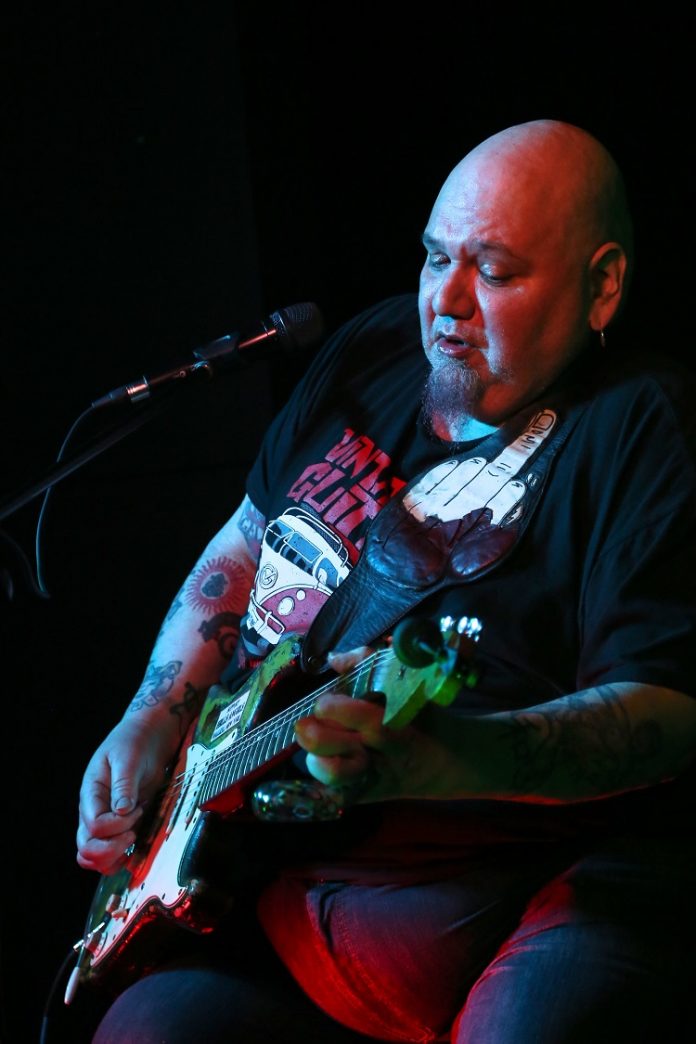 Time flies and blah blah blah, but sometimes it surprises me how quickly it goes.

If you’d asked me, I’d have said it was a couple of years since I’d sat in this room and watched Popa Chubby play.

Not according to my old blog, it wasn’t.

It was, apparently, the 18th June 2012 when Theodore Joseph Horowitz sat here and played his thang for hours. He is a brilliant guitarist, that’s just a fact. One of the best, he can make the thing talk. Mere mortal he is not.

That is his blessing, of course, but it is also his curse. Because he doesn’t do brief. What he does is long, involved jams, and goodness me, he does them well.

Career spanning, with old stuff like “Get Out Of My Life Woman” from back in the catalogue starting us off, it is one of those nights when you imagine Popa doesn’t have a setlist, doesn’t know what’s coming next and is seemingly a conduit for his music.

He is a vessel for other people’s too. “Hey Joe” is done with a real flourish, and just a genuine love for the craft, and his voice is as weatherworn and huge as you’d want it to be.

“Nobody Loves Me (Like I Love Myself)” is a real highlight here, and the new album that he’s about to unleash is represented in the ample form of “I’m The Beast From The East” and its title track, “It’s A Mighty Hard Road”, – and trust me here, I’ve heard the thing, it is a cracker for sure.

You get the feeling, though, that the one’s Popa truly loves are the medley of Surf Rock tunes (he does these wonderfully too) and his incredible version of “Somewhere Over The Rainbow”, he’d done this back in 2012, and there is something special about it.

This is a musician of clear integrity and talent, but it’s also a musician with high standards. There are a smattering of occasions – and lets tell the truth here – where Popa gets visibly tetchy with his Italian backing band, but it adds to the feeling that this is actually live music in the raw, real and warts and all, as well as giving things a little bit of danger that might not have been there previously.

After almost two hours, he winds things up with “Going Back To Amsterdam (Reefer Smokin’ Man)” but this isn’t mellow. It is a classic blues chugger and for one last time, the big man gets to prove it. “It” being that he has a skill that not many do. And “it” being the fact that he lives for, and almost lives on, the road.

Job done, on every level. And that’s being the case for years and years.

Photo’s by Syd Wall – and taken on Friday 24th January at The Iron Road Show.