Plenty Of Metal At The Norwegian Grammys! 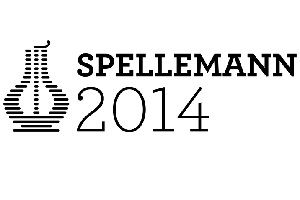 Proof that things in Europe are better – we’ll probably get Ed Sheeran at the Brit Awards…..

1349, Einherjer and Vredehammer as recipients of Norwegian Grammy nominations for “Best Metal Album” in 2014. Norwegian Grammy Awards, Spellemann 2014, is awarded January 17 at Stavanger Concert House. Please join us in congratulating our bands that truly deserve their nominations for delivering some of the finest metal albums Norway have produced this year!

Norway’s masters of blackened sonic evil, 1349, has grown to become one of the most important Norwegian black metal bands today! 2014 has kept them busy; they’ve been touring US with Behemoth playing for sold out venues, performed on Hellfest and Throne Fest, are announced to Inferno 2015, were on magazine covers like Subterranea (MH) and Scream Magazine, scored great reviews worldwide, toured Europe as headliners this fall, and most importantly released the masterpiece “Massive Cauldron of Chaos” in September. If you like lightning speed riffing, blazing drums, and apocalyptic lyrics, all put together by true craftsmanship, check out their album HERE.

With over 20 years of experience, Einherjer has excelled in the world. They have built up and laid the foundation for the Viking Metal genre, and bestowed inspiration and paved the way for countless of bands. The release “Av Oss, For Oss” confirms Einherjer as our foremost exponent of Norse metal, with music by high technical and musical precision. They are confirmed to festivals like 70000 Tons Of Metal, Hammerfest and Karmøygeddon in 2015, played Summer Breeze and RockHartz Open Air this year and managed to bring out the inner Viking of journalists from all over the world. Raise your drinking horn while listening to the best Viking metal album of 2014 HERE.

Hailing from the cold, icy depths of northern Norway, black metallers Vredehammer stepped out from the underground and delivered the hard-hitting debut full-length “Vinteroffer” in April 2014. They have since toured Europe twice as co-headliners with Six Feet Under and as headliners, scored great reviews all over the world and are listed as one of the most promising Norwegian bands of 2014 by Pyro (Nor radio). Not a bad way to celebrate 5 years as a band! Check out the brand new single “Ursus” and the album “Vinteroffer” HERE, which comes with a headbanging guarantee!