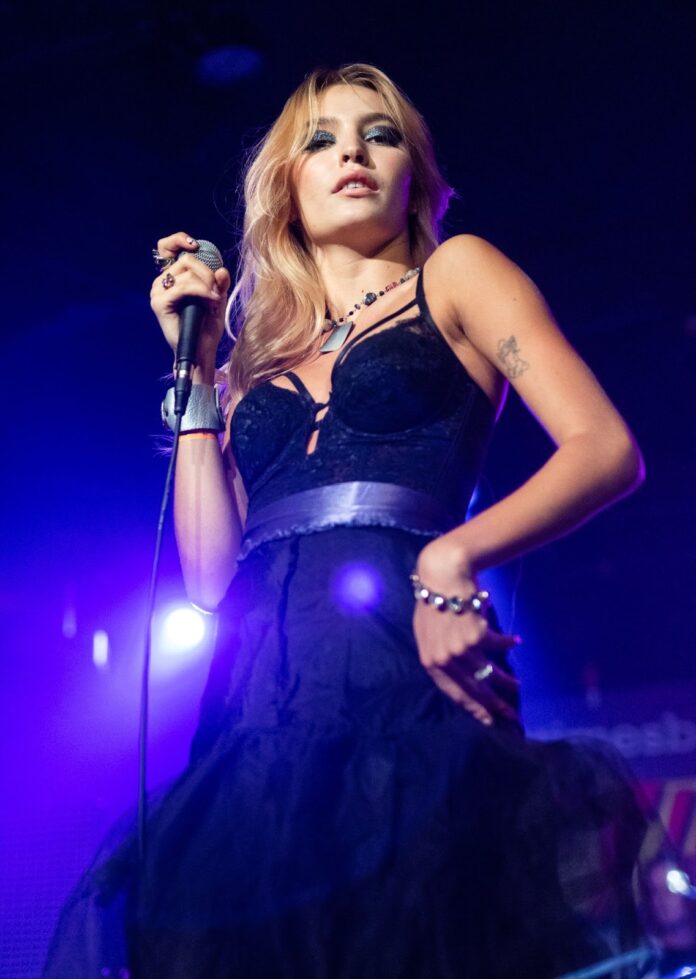 Hailing from Los Angeles California, indie-rockers Bittersweethearts venture to Holland and Germany for their first overseas tour which culminates with a debut UK show at Fiddlers Elbow Camden, London. Having graced legendary US east coast venues in Whisky A Go Go, The Viper Room and The Mint, the captivating band have released two singles to date and the tour will be a road test of their tantalising mix of indie/rock/ballads and groove from their debut album to be released later this year.

“I’m so excited and ready to bring Bittersweethearts to Europe, it’s such a dream come true!” Exclaims front lady Zoe Infante of the 4 piece band, “Our stage presence is really fun and I love playing live, I kind of leave my body and it takes over. I try to engage the audience throughout singing directly at people, making eye contact to connect and get a kick out of the audience losing themselves in our show

The talented and multi-layered band bring swirling and captivating Tarantino-esque rock vibes, with an air of Blondie mixing a cocktail with Mazzy Star in a back alley behind CBGB’s in Manhattan’s East Village, all heightened with a garnish of Shirley Manson. Their third single ‘Run From You‘ will be released January 27 which can be pre-saved now on digital platforms here. Be sure to catch Bittersweethearts live as Zoe believes, “It’s a really exciting time for artists and anyone who loves live music, people want the in-person experience again. You can expect a great time with a great band and we can’t wait to see you at a show!“