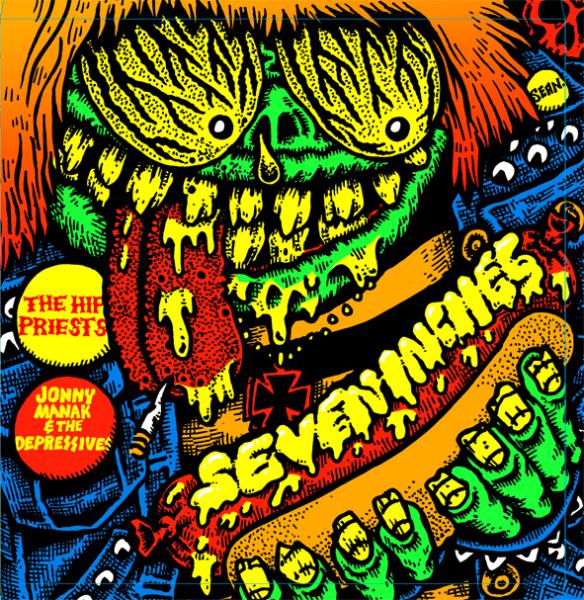 No, not a lazy night in, instead its the new album from Johnny Manak and The Depressives. We got the skinny right here.

The new album from Jonny Manak & The Depressives “Cold Pizza & Warm Beer” has been tracked at Cup O’ Pizza studios and is in mastering right now with a release set for early 2015.Seventeen tracks will be on this slice with fifteen originals and two covers making up the slack.  What we’ve heard has been great and we’re looking forward to sharing it with y’all sooner than later.The band released a split 7inch recently  with MVM favourites The Hip Priests, which you can buy here.

Learn how to put a song on itunes at ReverbNation.com
Previous article
VIRGIL AND THE ACCELERATORS, Chris Bevington And Friends @Robin 2, Bilston, 12/11/14
Next article
People On Vacation Announce Rescheduled Tour Dates