Following on from a successful run of dates with The Darkness at the end of 2019; Rews take centre stage ready for their headline run. The band have announced the addition of Phoxjaw to support on their UK dates taking place in March.

Hitting up cities from London to Manchester and beyond, Rews tour the UK in March 2020 playing new single Birdsong amongst favourites including Shine and Shake Shake. Commenting on the additions, vocalist Shauna Tohill says “‘It’s really ace to have Phoxjaw on the bill for this tour!  I saw them in London a few months back and was really blown away by their performance and songs.  This tour is going to kick ass!!’. Phoxjaw take to the stages in Glasgow, Leeds, Manchester and Nottingham before Novacub and Lazybones take the reins. 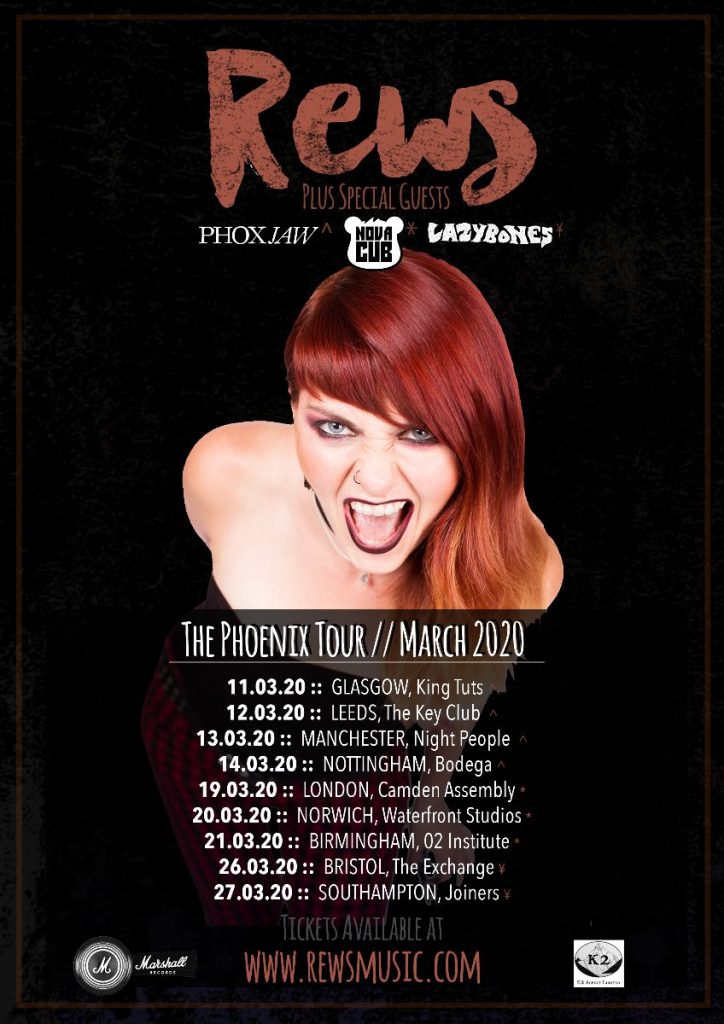