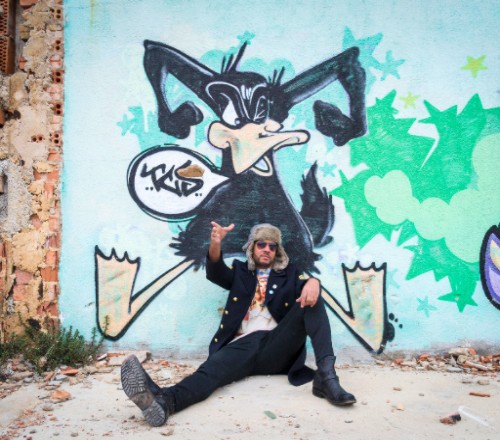 It’s been quite a year for the Irish rock-icon in the making. In just a matter of months, Peter M. Smith has conquered the history-laden heights of the Irish Rock Charts with the No. 1 across all digital platforms, cultured rock rendition of “Love Will Tear Us Apart” and has seen his previous singles playlisted on over 150 radio stations. Now Smith is set to light up the world of Rock with his highly anticipated new single “High” after collaborating with multi-platinum selling Spanish Rock legends, Lax ‘n’ Busto.

Set for a meteoric rise, Peter M. Smith joins forces with Catalonian heavyweights, Lax ‘n’ Busto for his soaring new single “High”. With a career spanning over 30-years, Lax ‘n’ Busto have released 17 studio albums achieving multi-platinum status, selling over a million records in the process with over 1250 performances to their credit, playing sold out shows in Spain, France, Germany, Chile and Argentina.

“High is an important record for me. I get to work with a legendary band that I am a huge fan of: Lax ‘n’ Busto. This is one of my favourite songs that I’ve written for this album. People are gonna enjoy the collaboration with a great Spanish band too!” – Peter M. Smith

With previous singles “Speak No Evil”, “Rockstar” and “Alright” playlisted by over 150 Radio stations across the UK & Ireland and TV & Radio appearances in France and Spain that include TV shows with Spanish Rock giants Lax ‘n’ Busto, the stars are aligned for Peter M. Smith to stake his claim to the Rock throne.

The “High” chorus explodes with Smith’s soaring vocals boasting exactly the kind of attitude you need from your next rock icon. Sauntering along with iconic, tension-building guitar licks leading to Smith’s trademark stadium-stomping beats and vintage riffs, the Barcelona-based front-man echoes a rich multitude of rock royalty with his own future Rock classic, out Friday 24th February.

“High” is taken from Smith’s debut album “Upon This Rock” set for release later this year on Lonely Child Records.