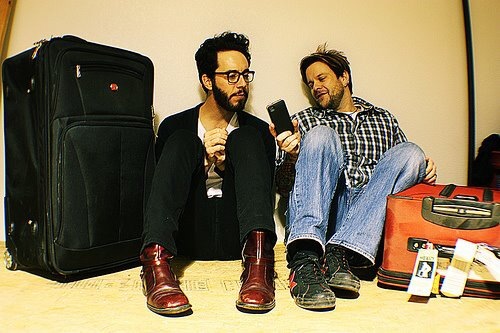 Catchy duo who release new album next month, won’t tour the UK until 2015

People On Vacation have announced that they regrettably have to push back their forthcoming UK tour. The rescheduled dates will be in late February / early March 2015.

The band comment:
“Due to circumstances beyond our control, we are unable to tour in December, so we are moving the tour back to late February/early March. While we know this will make some of you really sad, just hold on to the thought that there are a couple of extra months to plan an even better run of shows!”

Fans who have already purchased tickets for the December shows should contact the point of purchase to obtain a refund or exchange for the new shows if applicable.

Their album, “The Chronicles Of Tim Powers,” is still out on December 8th. Expect a review on MVM the week before.