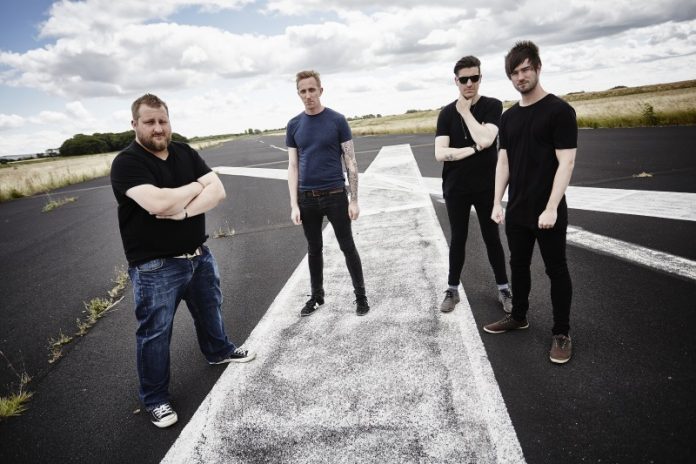 UK rockers Of Allies are streaming their new single ‘Glass House’, ahead of their debut LP, to be called Night Sky and to be released November 17 2017.

Of Allies have already caught the eyes and ears of the UK press, including Kerrang!, Metal Hammer and Marshall Amps, as well as radio play on Huw Stephens’ Radio 1 show and BBC Introducing. The band have also found success on Spotify Official playlisting with recent singles ’17’ and ‘Lost Not Found’: Rock United, New Noise, Rock Your Block, New Rock Now playlists, amongst others.

This comes as no surprise as the band boast an undeniably British stamp; a thick, multi-layered sound that is fast becoming Of Allies‘ trademark. For fans of Twin Atlantic, Lower Than Atlantis andFightstar, Of Allies tread the lines between alternative rock, melodic rock and UK rock whilst always hinting at something darker.

Having recently played a hometown show with TesseracT, Withernsea Festival and Humber Street Sesh Festival, the band are booking in shows for the Autumn. Stay tuned for more news.