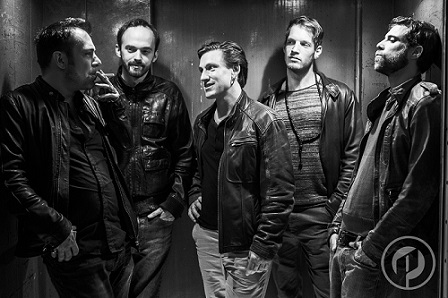 MV asks: Where does this leave Danger Mouse? (terrible joke, we know)

Four years after a first full-length ‘Temporary autonomous zone’, a bunch of gigs and some months of hard work, Swiss new-prog’/jazz/electronica/experimental outfit from geneva Penfield is about to release its new full-length effort called ‘Parallaxi5’ planned for a release in the coming months.

In the meantime, the band just released a first single “La physique anarchique” available right now for digital exclusive / streaming on Bandcamp and the main legal platforms such as iTunes….

Formed by members and contributors of various bands (Lilium Sova, Delicatefunk, Marie Dahlstrom, Distrip, NAJAVIBES, Fractal Point, Garadh, Rorcal…) with long-time experience, Penfield created a cinematic music which can be describe as soundtrack of invisible movies. For its live shows, the band plays with VJ’s in order to make real audio/visual creations on stage for a better and immersive experience.

In 2012, the band officially released a first audio recording with a one-track album called ‘Temporary autonomous zone’ before to work – one year later – on a score for the short-movie ‘Les chevaliers de la barque bleue’).