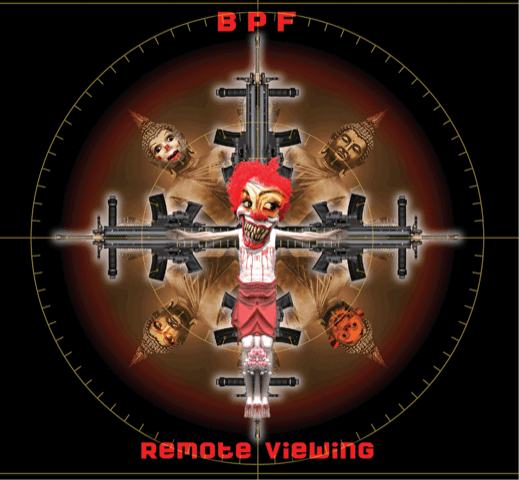 Watch the impressive artistic interpretation of the I Am War (trailer) by longtime Killing Joke confidant Mont Sherar/Montster Filmwerks here:

To pre order the Remote Viewing CD go to: http://www.deadradiostation.com/bpf/

The digital release is available now to purchase through the record label store.

Ferguson, together with bassist Paul Raven, departed from the band in 1987 during the recording of their seventh studio album, Outside The Gate. The last album he recorded with Killing Joke during this period was the 1986 release Brighter than a Thousand Suns.

He subsequently worked on other musical projects, notably with rock outfits Warrior Soul (1987–1990), Murder, Inc. (1991–92) and Crush (1992–93). During the following years Ferguson lived in the United States and Puerto Rico, and became a sculptor and art restorer, specialising in ancient sculptures. He also briefly played with The Orb.

2015 also saw the launch of Boneyard, a line of skull-and-bone jewellry designed and handcrafted by Ferguson . Each unique piece is individually cast and hand finished in solid sterling silver : https://www.boneyardskullrings.com/about