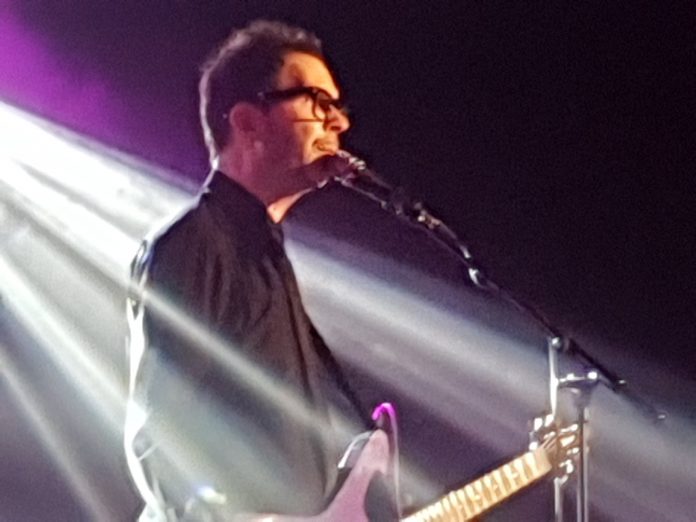 “Oh goody,” says Paul Gilbert about half an hour into this tonight, “I get to tell you a story now…..”.

Gilbert is, lets be honest about this, dressed in a manner that if you saw him coming down your drive on a Saturday morning, he’d have The Watchtower in his hand, the only story would be the good news and you’d be pretending you were out. But the tale he has here, actually, encapsulates why tonight is so very good.

“When I was six years old,” he winces, “my guitar teacher wanted me to play this….” At this point he plays the melody for “Mary Had A Little Lamb”.

“But I didn’t want to play that, that wasn’t my favourite song. So I gave up the guitar. Many years later, I decided to write this song, to do my own thing with it, and also to get revenge on my guitar teacher……”

What follows is “Everywhere That Mary Went”, which does “borrow” from the nursery rhyme, but which shows clearly as you like that when you are dealing with Gilbert, what you have is not the norm.

He’s technically brilliant – as is the rest of his band, Asher Fulero on keys, Bill Ray on drums and New Orleans bass legend Roland Guerin – but that is almost secondary here. This feels more fun than the usual tech wizardry on the guitar.

That might be, as a suggestion, because Gilbert’s recent record “Behold, The Electric Guitar” isn’t a conventional instrumental album. Rather, PG uses his guitar lines to “sing” the vocals. The results, on “Blues For Rabbit” and “Havin’ It”, both songs from it, are good enough, but when he does Mr. Big’s “Green Tinted 60s Mind” it really becomes obvious that this is a totally different style.

Then, when he follows that with the “Theme From Rocky” it becomes obvious that this is a style of show too. 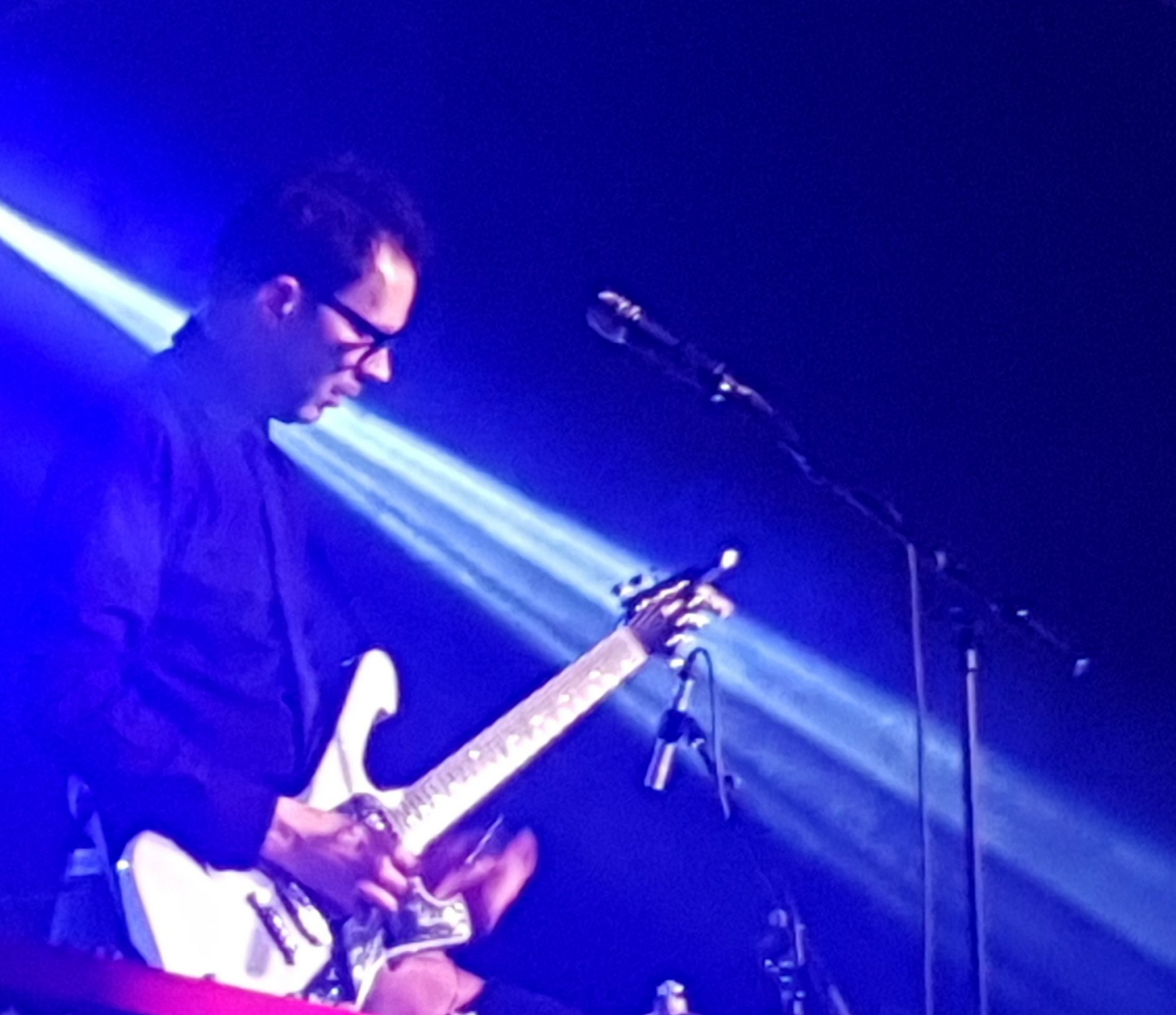 “This one is a song…..” he says a lot, and with Gilbert he means it. These are songs. Not pieces of music that are recited, coldly – and brilliantly – as they often are by other players. Rather, these are genuine melodies. Albeit these are songs about raging at airports (“Sir, You Need To Calm Down”) or pieces of poetry delivered in Ringo Starr’s voice, over a funk riff (“A Herd Of Turtles”), but they are songs nonetheless.

Before “Every Snare Drum”, he muses that “every drum machine sounds the same, I prefer music when it is played by human beings” and it is that, surely which informs the choices of covers that pepper the second half. A brilliant take on “Carry On My Wayward Son”, or a fantastic “Running With The Devil”, and a mournful “While My Guitar Gently Weeps”. Best of the lot, though, is a quite stunning mash-up of “Pride (In The Name Of Love)” and “Whole Lotta Love”. Whatever alchemy led to them being put together was worth it.

Ending with another of “….Guitar’s” songs, “Love Is The Saddest Thing” which is uplifting as you can imagine despite its title, they return for a cover of Hendrix’s “Red House”, notable because it is the only one that features vocals tonight. Conventional vocals anyway it might be said.

That they all kind of had vocals was the point of what might go down as the finest instrumental gig I have ever seen. So, behold the electric guitar by all means. But behold the genius who played it here.