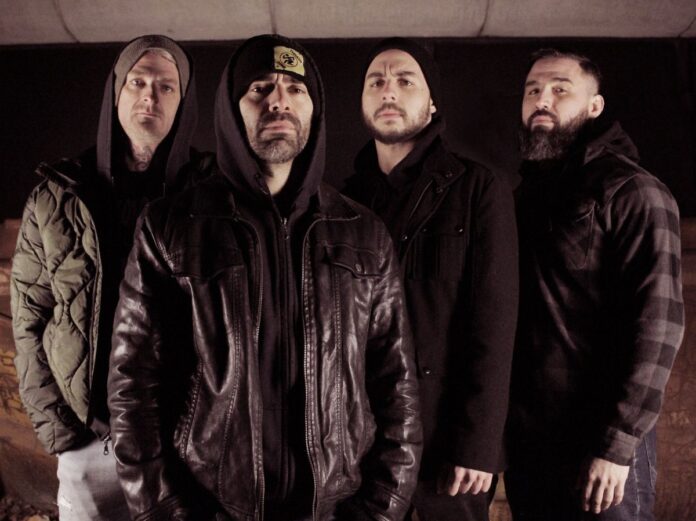 US metal band Extinction A.D. have unveiled their politically charged new single ‘1992’, taken from the upcoming album, Culture of Violence, due 18th March via Unique Leader.

Vocalist / guitarist Rick Jimenez commented: “1992 – I was 12 years old in 1992 and the weight of the events that took place in America were heavy. Throughout the last decade and into this one, I’ve gone back and drawn parallels between what’s happened in our recent history and what’s happening now all while viewing things now through the eyes of an adult. This song is a pummeller both musically and thematically and will hopefully open some eyes about the problem with not learning from the past.”

On the new record, Extinction A.D. comment: “Culture Of Violence is the album we’ve been in the process of creating since 2015. This is the record where we can firmly say with confidence, ‘This is what XAD is all about!’ The recording and releasing process has always been behind our songwriting by a few years, so the previous material was outdated to us before we even went in to record it. On this album, we moulded ideas for years as well as the fact that we never stopped writing, so everything is fresh and capturing us in this moment. Musically, lyrically, thematically and visually, this record is a heavy experience and a savage interpretation of what we’ve all witnessed and experienced over the past few years.”

Formed in 2013 in Long Island US, Extinction A.D. are an intense metal band with modern power and frenetic energy. The band have released two full-lengths and an EP, and have shared stages with the likes of Obituary, Thy Art is Murder, Havok, Municipal Waste, Testament, Suicidal Tendencies, Exodus Kvelerta, Harm’s Way and more.

So many different worlds shaped this band; from writers like Alan Moore and George Orwell; lyricists like Wreak Havoc and Chuck D; to directors like Tarantino and John Carpenter. But musically, Extinction A.D. hook up a tube of early 90s era of metal into their veins. Not just bands like Machine Head and Pantera, but the often overlooked 90s offerings from Testament, Sepultura and Slayer.

Thrashing just as hard as their predecessors, the band also break their surroundings down and deliver some heavy as hell riotous mosh; hitting that all-important sweet spot mixture of 80s thrash, 90s extreme metal and New York hardcore, all encompassed into their new LP.

Extinction A.D will tour the USA 18th January – 20th February with Cattle Decapitation, The Last Ten Seconds of Life and Creeping Death, and follow that with a headline run with Rhythm of Fear.