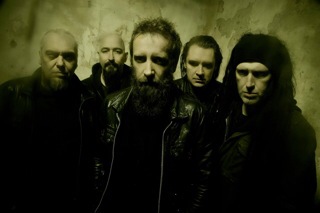 One of MVM’s favourite bands on the planet is back!


After taking a trip back in time with the “Tragic Illusion 25 (The Rarities)” album and the last studio album “Tragic Idol” (2012) which entered the charts in over 10 European countries – most notably #2 in UK Rock Charts, #6 in Germany, #15 in Austria, #30 in France and #32 in North America Top New Artists/Heatseeker Charts, it’s now time for PARADISE LOST’s 14th studio album!

The album will be entitled “The Plague Within” and will be released via Century Media Records on June 1st, 2015 in Europe and June 2nd, 2015 in North America.

Frontman Nick Holmes comments: “We wanted to approach the new album differently this time by embracing the band’s VERY early days. We have written a very dark, yet melodic album, but this time many songs definitely have a death metal edge, which is something we haven’t done for a long long time in Paradise Lost.”

Their much anticipated 14th studio album is produced and mixed by with Jaimie Gomez Arellano from Orgone Studios in London (Ghost BC, Ulver, Cathedral, Angel Witch).