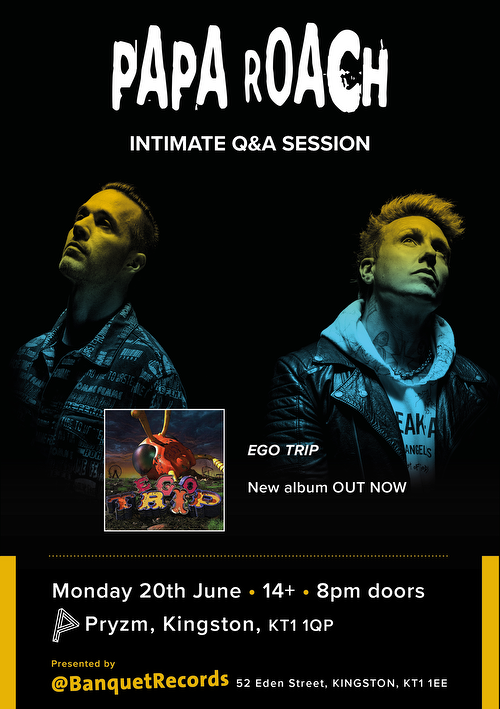 Papa Roach has just shared the music video for “No Apologies” picking up where their 2017 hit single “HELP” left off, and the heartwarming release brings some familiar faces back to the screen. With Father’s Day coming this weekend the track showcases a beautiful example of forgiveness and love.

“Life is art. Art is life. We continue to blur the lines. The video for ‘No Apologies’ is an expression of love and forgiveness. A story we can all learn and grow from. I know I did. Its real. Its raw. Its life” says frontman Jacoby Shaddix

“No Apologies” is pulled from Papa Roach’s recently released eleventh studio album EGO TRIP, via their own New Noize Records which garnered over 8.9 Million streams worldwide in its first week. Single “Kill The Noise“ held the No. 1 position on the Mainstream Rock Charts in the USA for over a month. Additionally, the band has connected with fans through unique partnerships with TikTok, San Francisco 49ers, Twitter, ESPN UFC, and more.

The band has also confirmed that singer Jacoby Shaddix and guitarist Jerry Horton will be getting ‘Up Close And Personal’ with their fans at Pryzm in Kingston-On-Thames on Tuesday, June 20th. A Q&A will be chaired by former Rock Sound editor Ryan Bird.
Tickets are available HERE  doors are 8 pm..

Fans can stream and purchase EGO TRIP at https://paparoach.lnk.to/egotrip.
Papa Roach will also be touring the USA this summer along with more festival appearances.  A full list of tour dates is below with more information available here.