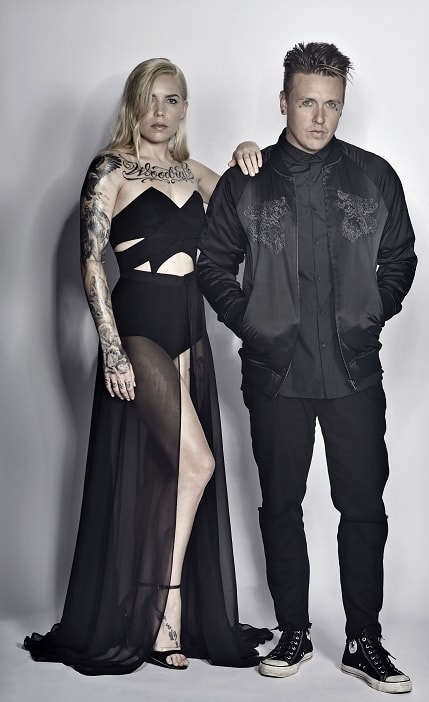 Following the release of their ninth studio album ‘Crooked Teeth’ last month which scored them their 4th consecutive Top 20 entry in the UK,  Papa Roach are pleased to announce that they will be touring the UK for the first time in two years in October.

Singer Jacoby Shaddix said “We’re really excited to get back to the UK after such a long time.  Everytime we play the audience keeps getting bigger and more passionate each time.  We can’t wait to play this new music live.”

Support(s) to be announced soon.

Papa Roach’s last visit to the UK saw them celebrate the 15th anniversary of their generation defining album ‘Infest’ by playing it in full to a crammed London’s Roundhouse.  Kerrang were impressed with “the ecstatic crowd reaction”  in their 5K review whilst Metal Hammer thought they were ‘the most consistently relevant and on-point survivors of the nu-metal era” in their 9/10 review.

The video was directed by award-winning firm The Uprising Creative (Rihanna, Justin Timberlake, Big Sean, Lil Jon) who cited the inspiration for the video was “to create a moody, different look for the band using a stylistic light exploration“.

“Periscope” is inspired by the realization that sometimes within a relationship you might not be worth being loved or that the other person may not be worth your love, and the struggle within that— how much effort it takes to make things work,” says Papa Roach lead vocalist Jacoby Shaddix.  “One part that I think is really meaningful in the video is when Skylar and I are in the shot at the same time, yet we’re not engaging with each other.  It represents the ‘disconnection’ with two people, which is very much what the lyrics describe.” Grey adds, “You are loving someone from a distance, not able to reach them.”

The band has already released the songs “Crooked Teeth” and “Help”  (which featured as Radio 1’s ‘Rockest Record’) both of which struck a chord with critics and fans alike.

“Custom built for the biggest arenas”  Kerrang
“Bursting with colossal hooks, and razorsharp riffs”   Metal Hammer
“One of the most consistent bands rock has to offer” Rock Sound