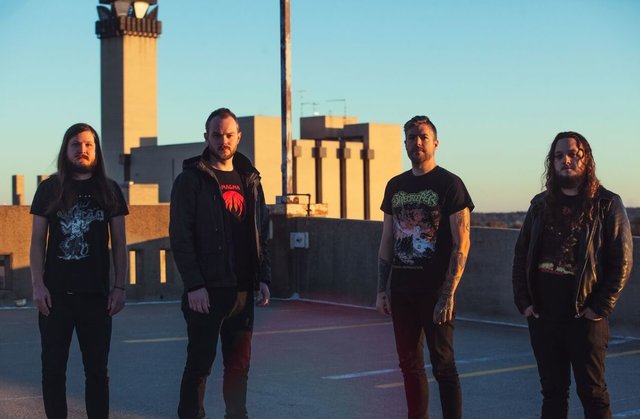 Pallbearer stated:
“After debuting this song live on the road with Baroness last fall, we are so excited to finally now be able to share it in its recorded form with the world.”

The track ‘Thorns’ will feature on Pallbearer’s upcoming third record titled ‘Heartless’, which is due for release on 24th March 2017 via Nuclear Blast Entertainment in the UK, Europe, Australia & New Zealand and via Profound Lore in North America.

The ruminative album artwork was created by hugely talented Indiana based oil painter Michael Lierly, and the album layout was handled by Chimere Noire.

Pallbearer commented on ‘Heartless’:
“This album finds us exploring new territories; instead of staring into to the void – both above and within – Heartless concentrates its power on a grim reality. Our lives, our homes and our world are all plumbing the depths of utter darkness, as we seek to find any shred of hope we can.”

Download the digital album and receive ‘Thorns‘ as an instant grat track:
http://nblast.de/ITPallbearerHeartless

The ‘Heartless’ tracklisting reads as follows:
1. I Saw the End
2. Thorns
3. Lie of Survival
4. Dancing in Madness
5. Cruel Road
6. Heartless
7. A Plea for Understanding

Pallbearer will be gracing our UK and European stages in April 2017, for 16 show dates.
Don’t miss them on the road!