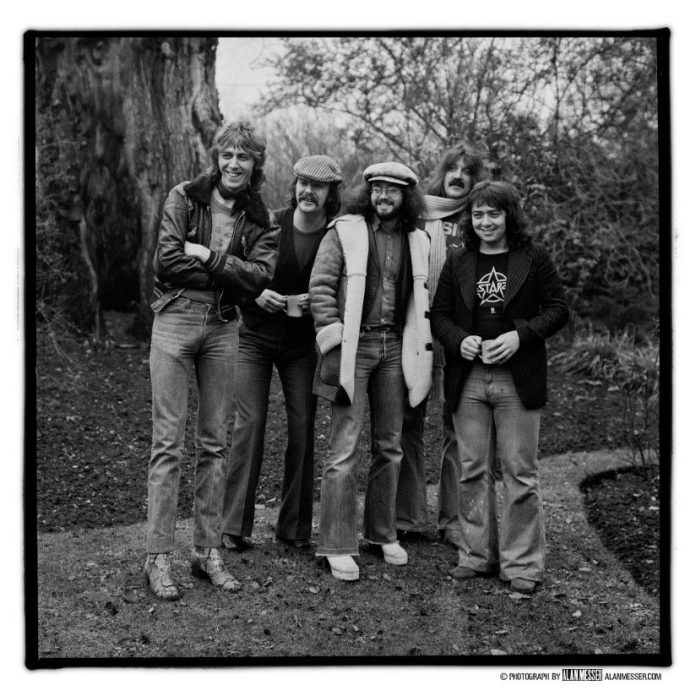 On May 17th earMUSIC will release a re-issue of Malice In Wonderland by Paice Ashton Lord originally released in 1977. Paice Ashton Lord was a short-lived but spectacular moment in the history of rock ‘n’ roll. It was August 1976 when Paice Ashton Lord emerged amidst much fanfare in the music press. It was big news that drummer Ian Paice and organist Jon Lord were forming a new band together after the messy demise of Deep Purple. Having worked together before, Tony Ashton was on top of Jon Lord’s musicians wish list and became the singer, pianist and front man of the band.

They put out an advert in the music papers, did castings and in the end Bernie Marsden (Guitar) and Paul Martinez (Bass) completed the band together with additional backing singers and a brass section. One album release, a messed-up TV appearance, a tour and a never finished second album later the story of PAL ended in 1978. Bernie, Jon and then Ian joined Whitesnake, while Paice Ashton Lord faded into history. A history not only worth remembering but being celebrated again with this release.

Malice In Wonderland is the only album of the band. Influenced by Jon Lord and Tony Ashton’s previous collaborations it merged rock with big band Swing, Rhythm ‘n’ Blues and Funk. The one thing they didn’t want to end up being was laid-back. And they didn’t. Malice in Wonderland is driving and swinging feel good rock at its finest.

“PAL was trying to do something ahead of its time, the sort of thing Level 42 became, a cross between jazz and rock”. (Ian Paice).

Malice in Wonderland will be available as digipak, limited gatefold double vinyl and digital album. The re-issue includes over 30 minutes of remastered material from the long lost second album. Furthermore, the artwork contains so far unpublished photographs by Alan Messer, which have been scanned from the original negatives.