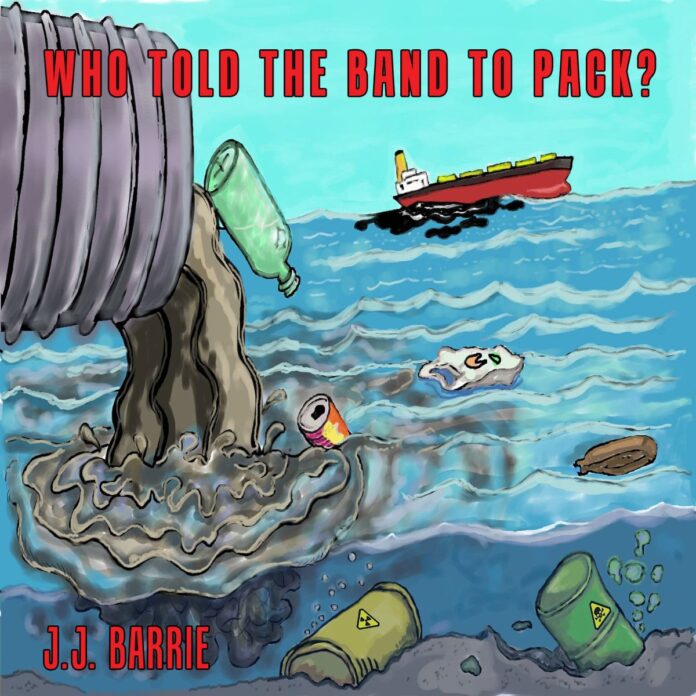 ‘Who Told The Band To Pack’ from J.J. Barrie will be released as a digital single through Angel Air [Cat No SJPCD649] on 28 January 2022.  This new track features on a forthcoming album entitled ‘Remember’.

In 1976, J.J. Barrie knocked Abba off the number one spot in the charts with ‘No Charge’.  This song featured a strong message of a mother’s love and has become a classic, being featured time and time again on major compilations.  His awareness of the world’s problems relating to climate change and pollution, and his visit to the neighbourhood where he spent his youth, prompted him to write a song hoping to increase awareness.

JJ, or to give him his real name of Barry Authors, has had a lifetime in the entertainment industry.  As a young man he formed a bizarre comedy team, Authors & Swinson, with a school friend.  They were an instant success, touring the world, including the Palace, New York, The London Palladium and The Moulin Rouge in Paris.

In the 70s, he moved into management and agency, handling many top artists, including Blue Mink, Norman Wisdom, Roger Cook.  This led him to creating his own label with Chapel Music, recording many of his artists.  During this period, he discovered a gift for songwriting and wrote ‘Where’s the Reason’ with Terry Britten, Cliff Richard’s guitar player.  He recorded a demo, added strings and took it to the board at Chapel Music.  Hearing their praise, and asked who this new artist was, he stammered “J.J. Barrie” as his both son and his Dad’s name were Jeff.   When asked if the artist was signed to the label, he admitted that he was the singer.  J.J. Barrie was born.

‘Where’s the Reason’ was released in 1975 and immediately hit the charts.  However, there were complaints from BMI, stating that it was over-hyped and it was removed.  JJ was disappointed but his next single proved to be ‘No Charge’!

JJ went on to release six albums and many singles – including ‘You Can’t Win Them All’ with Brian Clough.  He then began a career in the film business and developed a movie that he had written: ‘Meeshee the Water Giant’.  The film was well received, described by The Guardian as, “An adventure in the Spielbergian mould.”

Music remained his true love though, as this new single and album prove.  ‘Who Told The Band To Pack’ is a song that is close to J.J. Barrie‘s heart and is aimed at global issues, but also at encouraging us to think about what is important right now.