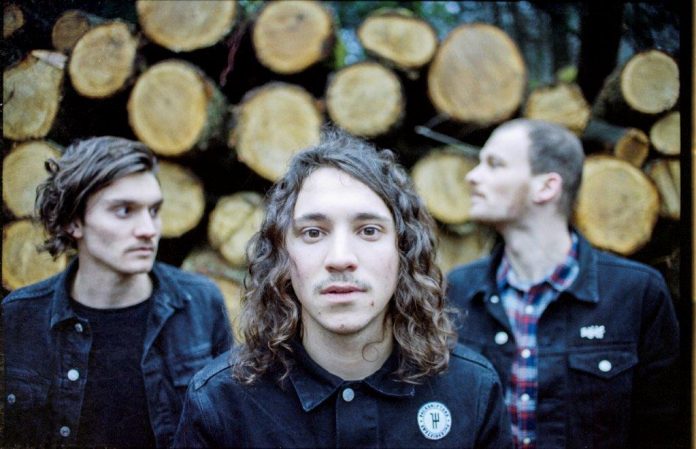 The band are streaming brand new album track ‘Stranger’, which is also available as a free download via SoundCloud, and have announced a show at The Black Heart in Camden, London on the 27th June.

“Stranger is a song about my ex-girlfriend. I was struggling with that situation for quite a while. After I sang the first take Chris came up to me and we talked for a while, that really helped, because all the emotions that I felt while writing the song came back to me. Listening back to how I did the first take and the second was a huge difference. Needless to say that second take was way better. Recording an album or song is all about creating the right atmosphere to offer the best take you can.”

Inspired by the grunge movement decades ago that shook the foundations of alternative music, PACESHIFTERS bring an innovative twist on the genre whilst also boasting the complete unadulterated attitude that it was renowned for.

Possessing a no-nonsense mentality since their inception, PACESHIFTERS have evolved into a very devoutly passionate new grunge-rock band with a sound that is sure to enthrall any listener who enjoys the heavier side of Nirvana with doses of powerful Incubus-esque melodies and riffs along with the grit and energy of Chevelle. However, drawing comparisons doesn’t do PACESHIFTERS justice, where the band exhibit their gifted uniqueness in spades throughout new album Waiting To Derail, due for release this autumn via Hassle – their first on the label and first dedicated release outside of their native Netherlands.

PACESHIFTERS are notorious for bringing an audience to its feet in full appreciation. Having previously rocked festivals such as Woodstock (Poland), Groezrock, Zwarte Cross, Pinkpop, Exit, Rock for People and SXSW the trio have honed their sound to perfection in the live arena, an impressive accolade in itself for a band at such a young age.

More details on Waiting to Derail will be revealed very soon.