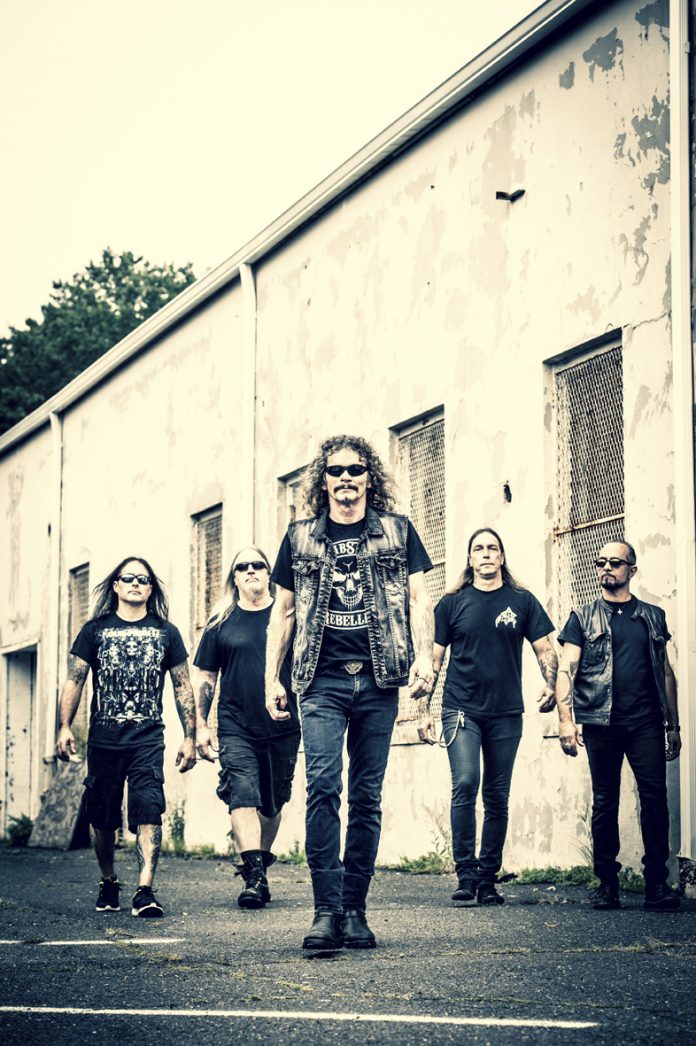 Legendary New Jersey thrashers OVERKILL will unleash their 19th studio record, The Wings Of War, on February 22, 2019 via Nuclear Blast. Today the band has released the first single from the album, titled ‘Last Man Standing’. Check out the lyric video here:

Bobby “Blitz” Ellsworth comments, “The time has come, for a first taste, ‘Last Man Standing‘. This cut got the unanimous nod to open The Wings of War, all they way back to the first demos in March, so much so, it was mock titled OPENER up until the recording. Sometimes everyone is on the same page, wtf! So dig into some old school thrash, with a side order of Jersey made, head-banging.”

The Wings Of War will be available for purchase in the following formats:

The Wings Of War was recorded at Gear Recording Studio in New Jersey, SKH Studioin Florida and Jrod Productions with engineering handled by DD and Dave. The album was produced by the band while Chris “Zeuss” Harris.handled the mixing and mastering. Travis Smith (Nevermore, Opeth, Soilwork, Death…) was again enlisted to create the artwork for the album.