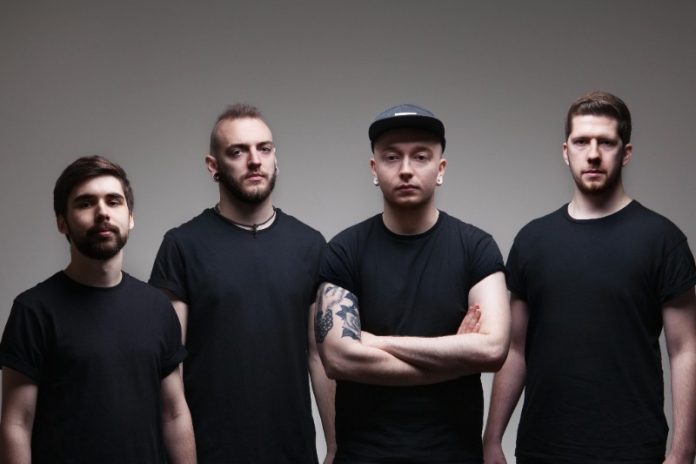 Lincoln tech-metallers BORDERS have confirmed that they’ll be releasing their new EP Diagnosed on the 21st April 2017, their most punishingly dark and sinister record to date featuring new vocalist Jordan “JJ” Olifent.

The five-piece premiered the video for lead single ‘Comatosed’ via Metal Hammer, check it out here:

Borders have also confirmed live dates with Faces Of Eve, dates are as follows:

Having utterly obliterated the stages at UK Tech-Fest, Deadbolt and Mosh On The Tyne, as well as sharing the stage with the likes of Martyr Defiled and Heritage, Borders have upped the ante even more with Diagnosed, creating an even more ominous and demonic presence.

Diagnosed is a short release but apt in its meaning, symbolically referencing drugs, mental health, pharmaceutical companies governed by billion-dollar corporate industries, media manipulation and corruption with unique twists and messages in the lyrics. This delves deeper into personal stories and tragedies, which when factored into the already ferocious music, suggests the fire of Borders has only just been lit.