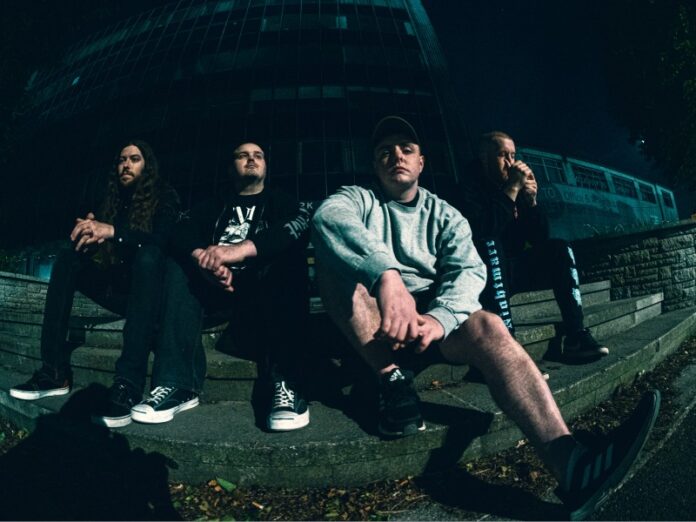 Irish metallic hardcore quartet BAILER have released a video for their new single ‘There Is A Love That Remains’. The hard-hitting track is the fourth taste of their long-awaited debut album Disposable Youth, due for release on 12th November 2021 via Blood Blast Distribution.

Check out the video for ‘There Is A Love That Remains’ here: https://youtu.be/bDo_5v2_fqQ

Vocalist Alex O’Leary explains the meaning behind their new single:

“‘There Is A Love That Remains’ covers a lot of stuff at the same time for me personally, but the ultimate message/lesson is make the most of the time you get with the ones you love. You never know when it might be the last time.”

BAILER have also launched the vinyl pre-order for Disposable Youth. Pre-order the album and stream ‘There Is A Love That Remains’ here: https://bfan.link/blr

Following on from 2018’s self-titled EP (Distroy Records), 2017’s PTSD and 2016’s Shaped By The Landscape, BAILER‘s ambitious collection of tracks is about to expand and truly propel their notoriety outside of their native Ireland.

Recorded, mixed, mastered and produced by Lewis Johns at The Ranch Production House in Southampton, Disposable Youth dives into a grim view of the world from a place of manic depression and nihilism. 100% of the material was written in a room together: no writing on computers or demos being shared around virtually. For Disposable Youth, BAILER consciously decided to write every single song in a jam room together, fleshing it all out and creating what felt right in real life. There’s nothing wrong or right about any form of creativity, but the results speak for themselves.

Having impressively garnered attention from Metal Hammer, Kerrang!, Metal Injection and Heavy Blog Is Heavy so early into their career, BAILER have proven to be Ireland’s most exhilarating heavy band. With an impressive live résumé to match, playing shows alongside Norma Jean, Sick Of It All,The Black Dahlia Murder, Conjurer, Employed To Serve, Palm Reader, Malevolence, God Mother, Coilguns and more, the quartet are setting their sights on becoming one of hardcore’s most exciting prospects.

In the years leading up to the COVID-19 pandemic, BAILER began to mark their territory further afield, having successfully toured Russia and the UK extensively in support of their EPs. Now, with their debut album on the horizon and after kicking off proceedings with Bloodstock Festival last month, BAILER are eager to get back on international stages.