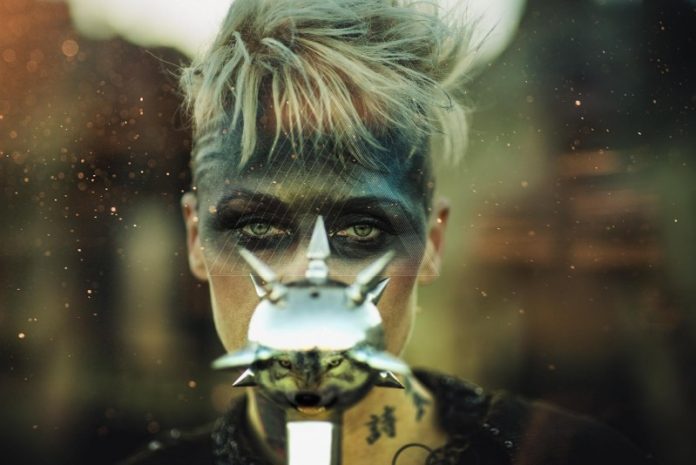 Earlier this year OTEP unleashed her latest album, GENERATION DOOM, via Napalm Recprds.  The critically acclaimed album debuted at #10 on the Independent Chart, #7 on the Rock Chart, #4 on the Hard Rock Chart and #109 on the Top 200 Albums Chart, according to Nielsen SoundScan.

During a recent break in between tours, the band got together and filmed a video for the track “ZERO”.  Work has now been completed on the video and today it receives its exclusive premiere courtesy of Metal Injection.  Watch the video HERE.

Regarding the video Otep says, “We wanted to capture not only what it looks like during our live shows, but what it FEELS like. That raw, undulating emotional chaos that permeates every atom of every person who attends. If you haven’t been to one of our rituals, this is what it feels like to have your soul explode and your heart catch fire.”

OTEP is currently on the road with the “Equal Rights, Equal Lefts” tour, which stops tonight in Macon, GA and runs through August 29th in Santa Ana, CA.

Formed from the poetic marrow of creative intercourse, OTEP is far more than a band. OTEP is an Art Movement, a Revolution; Breaking ground. Breaking rules. Breaking barriers. Articulate. Aggressive. Pure Adrenaline. ARTcore of Heavy Mental Rock.”  This is how mastermind/vocalistOtep Shamaya and her band have been described and this album proves this truth!

Transcending from the darkness, like wolves into the light, OTEP is an explosion of inspiration and motivation, empowered by their dedication to the arts, being a voice for the voiceless, and fighting injustice. Rising from the labyrinth of Los Angeles, California, OTEP has unleashed a roaring anthem: GENERATION DOOM.

GENERATION DOOM can be ordered HERE.