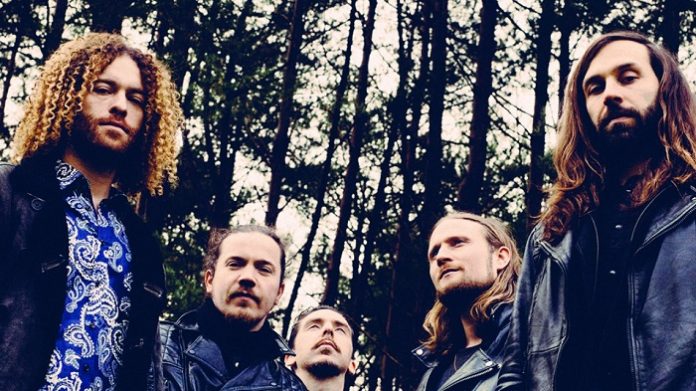 London-based progressive, psychedelic rockers Messenger released their much-anticipated second album ‘Threnodies’ at the end of April, and it has been receiving fantastic reactions across the board. Prog Magazine called it “a spellbinding album”, while Metal Hammer UK awarded it 9/10 and said it was “a joyfully ambitious journey through edgeless realms of prog, folk, electric blues and 70s psychedelia”. Classic Rock Magazine added it was “an impressively mature second outing” and scored the album 8/10, whilst Kerrang! gave it 5K’s and called it “truly marvellous”.

Now the band are set to play their first live shows since the album’s release, performing at Brooklyn Brewery’s Beer Mansion in Dalston on the 13th & 14th May, alongside blues-rockers The Graveltones. The band had this to say about the event:

“We’re delighted to take part in this amazing and interesting event, the location and the concept is brilliant. We’ll be performing songs from our new album ‘Threnodies’ which we have never played live before, and what’s even better is we get to share the stage with our friends ‘The Graveltones’. It’s going to be a fantastic weekend – we can’t wait.”

Tickets & full info on the event can be found at the following link: http://brooklynbrewerymash.com/london/beer-mansion