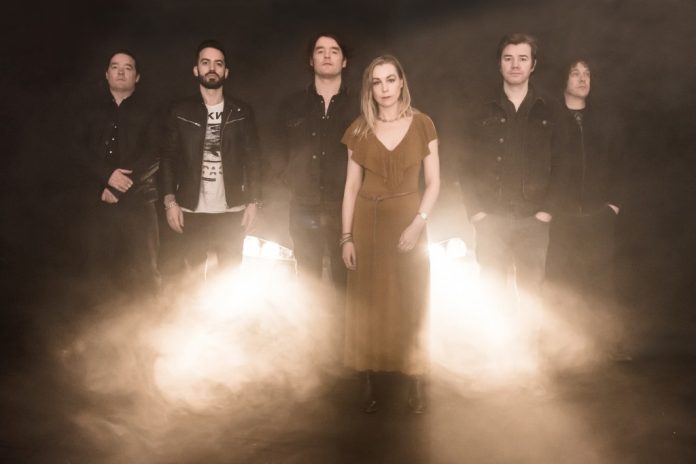 Anathema who are set to release their darkest and most challenging album to date, ‘The Optimist’ on 9th June via Kscope have announced an exclusive 5.1 playback session of the record will take place in London on Monday 5th June.

Held at the Courtyard Threatre in Hoxton/Shoreditch in association with Classic Album Sundays the album will be played back in full through a KEF 5.1 system.

Limited to just 90 tickets the event will also include a live interview and Q & A session with Daniel and Vincent Cavanagh from the band hosted by Kerrang/Planet Rock journalist Amit Sharma, giving fans an opportunity to put their questions to them as well as hearing the album ahead of its release. Vincent adds:

‘We’re really looking forward to this. Listening to the album on a high end 5.1 audio system is a new experience even for us. The night isn’t just a preview of ‘The Optimist’ but it’s also a chance for people to gain a unique insight into what this album is all about. There’s a lot to take in, especially with all the artwork/visual side of the story. It’ll be cool to hang out and meet everyone.’

Tickets are available from: eventbrite.co.uk

Anathema, led by brothers Daniel and Vincent Cavanagh, along with drummer John Douglas, singer Lee Douglas, bassist Jamie Cavanagh and drummer/keyboardist Daniel Cardoso recorded ‘The Optimist’ in the winter of 2016 at Castle Of Doom studios in Glasgow with producer Tony Doogan [Mogwai, Belle & Sebastian, Super Furry Animals] at the helm and was mastered at the legendary Abbey Road Studios.

The album can be pre-ordered now: http://found.ee/The_Optimist