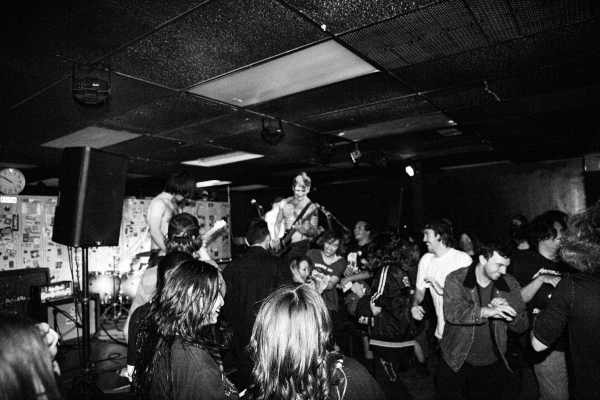 ‘You’, is an alt rock/pop-punk/emo rock song that hooks you from the verse riff and intimate vocals. Featuring Brian Swindle from Have Mercy, it features all the hallmarks of their classic sound but combined with Crossing I’s Dotting T’s to create something refreshing, anthemic, fun and easily accessible.

Starting in his bedroom and car in Orange County, Matt Mucerino started to write songs until he teamed up with Alex Estrada of Pale Moon Audio (known for his work with Joyce Manor, Touché, Amoré and Nails, as well as being the front man of Silver Snakes). Estrada helped produce and engineer the Crossing I’s Dotting T’s debut EP, with the band also picking up an endorsement from Orange Amps.

Crossing I’s Dotting T’s is a raw, original force that morphs from different rock genres such as alternative, punk and emo. This combo provides hard-hitting yet catchy songs, intended to evoke emotion.

Previous article
ACE CHASE
Next article
BAND OF THE DAY: MARY OF THE RAM