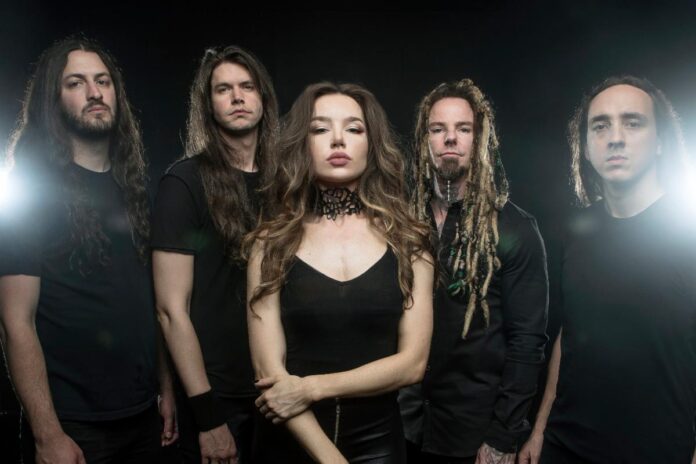 Ferocious SoCal five piece, ONCE HUMAN have unveiled a video for Only In Death, another new track taken from their upcoming album, Scar Weaver, which will arrive at DSPs via EarMusic on 11th Feb 2022.
Regarding the new single, Only In Death, frontwoman Lauren Hart tells us,
“This is my most personal song on the new album. It meant so much to me, that I really needed to get my hands dirty with the visuals. [Guitarist] Logan [Mader] and I filmed everything to keep the song’s raw meaning. Musically, it’s very emotional and dire, and the outro is probably my favorite piece of music on the album!”

Scar Weaver represents a massive step forward for the band. Blessed (or perhaps cursed) with a surplus of time during 2020’s lockdown situation, the band have been able to refine and redefine their sound, inspired by a sudden creative surge from latest recruit, guitarist Max Karon.
The result is an gloriously idiosyncratic modern metal record, with Lauren Hart’s career-best vocal performance just one of its dazzling revelations. With ONCE HUMAN’s most intense and explosive music to work with, the singer has pushed herself to new heights, showcasing a vastly expanded vocal range in the process.
In July, the band announced the impending arrival of Scar Weaver with the release of lead single, ‘Deadlock,’ featuring a guest vocal appearance from Once Human guitarist Logan Mader’s former Machine Head bandmate, Robb Flynn. Watch that video here.