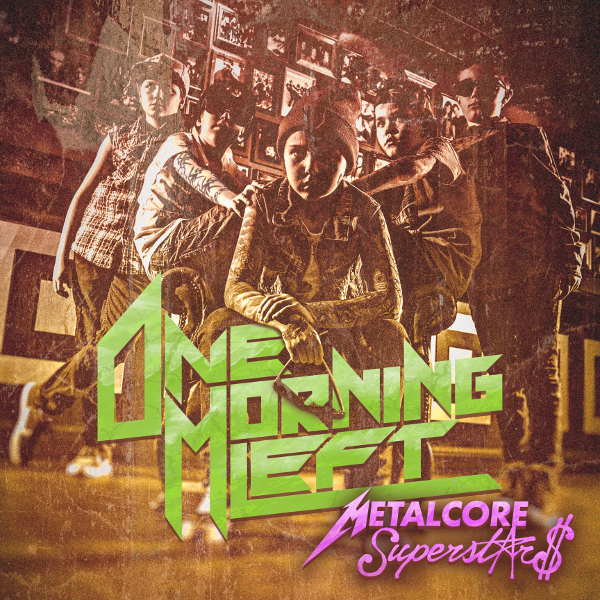 Baffling stuff from our friends in the North

One Morning Left is gearing up to release their third full-length album, entitled Metalcore Superstars, after making their fans wait for almost three years from their 2013 album Our Sceneration. Time hasn’t changed or matured the band too much since One Morning Left is still what fans are used to; melodic metalcore with a hint of electronic dance music and a tongue-in-cheek feel. However, this time the members are a bit more aggressive.

After the release of Our Sceneration, One Morning Left pretty much continued where they left before entering the studio. The band toured around Europe a quite bit playing shows with bands like Adept, F*ckface Unstoppable (Bam Margera), Protest The Hero, and We Butter The Bread With Butter. This helped One Morning Left to gain lots of new fans, drunken tour stories, and bruises. The band took time off from the road and entered a song writing mode in early 2014. Ultimately it took two years of hard work to get the new album written, recorded, and finished. In 2016, they will return to the stages with a brand new album that will definitely please their old fans and confuse the new ones.