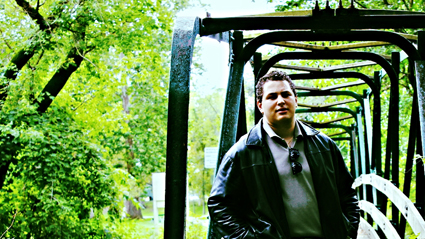 Detroit, is all about Rock City and Mowtown, right? Now its about a death metal and jazz fusion crossover. Read on!

Vihaan was formed in 2012 by Lorenzo Piccirilli as solo project based just outside of Detroit, MI. The focus is on the music, songwriting, and a range of influences from modern progressive death metal, 70s prog rock, and jazz fusion.

The songs exist in a state of lucid schizophrenia; with lengthy, discordant, and mercurial metal sections juxtaposing moody
acoustic/jazz/blues infused passages. The drums’s complexity is masterfully nuanced and the dark death metal vocals are relentless and hard hitting.

Released in October of 2014, ‘Invicta’ is Vihaan’s debut album. Joining Lorenzo on the record is session work by Christopher Burrows (Drums) and Anthony Lipari (Vocals). Invicta was mixed by Chris and Lorenzo, and mastered by Colin Marston (Gorguts, Dysrhythmia, Behold… The Arctopus).