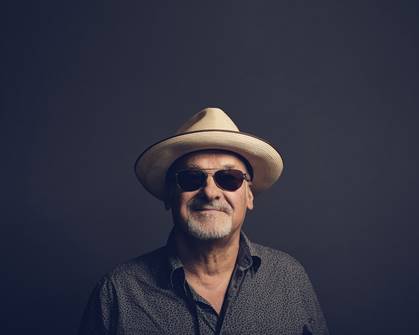 Paul Carrack, one of the greatest blue-eyed soul singers of the last 50 years, will release his new studio album ‘One On One’ on 17th September 2021 via his own record label, Carrack-UK.

In more than 20 years of running his own record label and touring operation, Paul Carrack knows more than most about taking responsibility for his own career. So when lockdown cast its unwelcome shadow on the music business, one of Britain’s most distinguished and soulful singer-songwriters was ready with his response.

The result is One On One, not just a masterful new addition to a body of work that now runs to 18 solo studio albums packed with signature songs – never mind his classic recordings with Mike + the Mechanics, Squeeze, Ace and more, including ‘The Living Years,’ ‘Over My Shoulder,’ ‘Silent Running,’ ‘Tempted,’ ‘How Long’ and so on.

This is a record on which his imprint goes deeper than ever because, in creating it from his home studio base as often before, Carrack not only wrote, played and recorded the whole thing, but this time, following his muse and trusting his instincts to the very last day, even mixed the album himself.

You could almost call it the result of his live-in years.

Not that One On One doesn’t contain some memorable cameos, by the likes of master guitarist Robbie McIntosh and former James Brown sideman Alfred ‘Pee Wee’ Ellis. We’ll come to those in a while, but this is a record that has Paul’s initials carved through it. It really brings to the fore that almost effortless soulfulness we’ve loved so well since his own composition ‘How Long’ became a pop anthem, his first of dozens, more than four and a half decades ago.

Only one of these songs on One On One existed in demo form beforehand; Carrack conjured all the rest during lockdown. The groove kicks in straight away with ‘Good and Ready.’ It’s a perfect, positive message from an artist who’s been raring to go and get back among his audience, and a worthy addition to a list of trademark solo tracks like ‘Eyes Of Blue,’ ‘Satisfy My Soul,’ and the title track of his last release, ‘These Days.’

One On One is a truly live-sounding album, which is all the more remarkable when you remember that Carrack is the band, and was often working completely on his own.

There’s a strong case for saying that the results are the most soulful record Paul’s made in many a moon, almost back to where he came in during the 1970s. “You might be right,” he says. “The sound of the record is warm, I think, and engaging, and nourishing. There’s two ballads on there, but the rest of it is surprisingly upbeat. I think that’s maybe because we were mid-tour when the touring was shut down but I was still in a kind of ‘live’ mode.”

The album moves along with the decidedly funky ‘A Long Way To Go,’ which features a blinding solo by Paul’s long-time friend and collaborator Robbie McIntosh. They go back to recordings with The Pretenders, when Robbie was a member, and Paul was as in demand as ever for session work.

‘A Long Way To Go’ also boasts a killer horn section, arranged by Carrack’s long-time neighbour, but new friend, Dave Arch. “I gave Dave the midi part that I’d written, and he transcribed it, and voiced it properly,” he says. “You can’t beat real horns. So, we had Steve Beighton, of course, who’s been in my band for 20 years and tours with me all the time.

“We got the legendary ‘Pee Wee’ Ellis, of James Brown and Van Morrison fame, Dennis Rollins on trombone, and Andy Greenwood on trumpet. So we recorded the horns in here, and they sound great. And backing vocals by Michelle John, who I met working in Eric Clapton’s band. She’s absolutely unbelievable.”

Moments from Paul’s personal life also inform the album. ‘I Miss You So’ came from not being able to visit his daughter, after she gave birth to his new granddaughter early in 2020. Don’t miss his Melodica solo, three quarters of the way in, which calls to mind one of his great heroes, Stevie Wonder.

But it’s never a case of Carrack capitalising on a situation to get a tune out of it. “I hardly ever have a plan about writing a song,” he says. “I come in here, I sit at the keyboard, or the guitar, get something going, start some lines off the top of my head. And without trying to sound too pretentious, things come out.”

‘You’re Not Alone,’ one of those relatively rare ballads, was the first single from the album and Radio 2 Record of The Week. ‘I think I was listening to a conversation on the radio, or something, and somebody said, ‘Well, if you think the world’s going mad, you’re not alone.’ And I thought, ‘Yeah’. The sentiment is one of support really, for someone very close who was struggling with the anxiety of lockdown.”

‘Lighten Up Your Mood’ is a swinging, feel-good number with Pee Wee’s great horn arrangement, and ‘Precious Time’ is one of many to showcase Paul’s sumptuous harmonies. He’s especially proud to say that the slinky ‘When Love Is Blind’ features his son Jack on drums who would have played on the whole album had he not been living on the other side of town.

‘Shame On You, Shame On Me’ has shades of Carrack’s original 1960s heroes such as Ray Charles, while ‘Set Me Free’ carries a simple message for our times. “Not trying to be political or anything, more a cry from the heart to get back to some kind of normal he says. “I’m lucky, I live in a nice place, I’ve got a great family, but we definitely miss being out on the road.”

The album finishes with one last treat. Paul has always been known for his smart remakes of old favourites, from the Young Rascals’ ‘Groovin’’ to Jackie DeShannon’s ‘When You Walk In The Room’ and Goffin & King’s ‘When My Little Girl Is Smiling.’ This time, the inspired choice is Charlie Rich’s huge country crossover hit of 1973, ‘Behind Closed Doors.’

As a degree of normality returns, it’s back to the road, where some of these songs will take the touring test and make the acquaintance of live audiences. Paul starts shows again soon and will be out on the aptly-named Good and Ready tour in the UK from January 2022.

‘One On One’ track listing:

5) Lighten Up Your Mood

7) When Love Is Blind