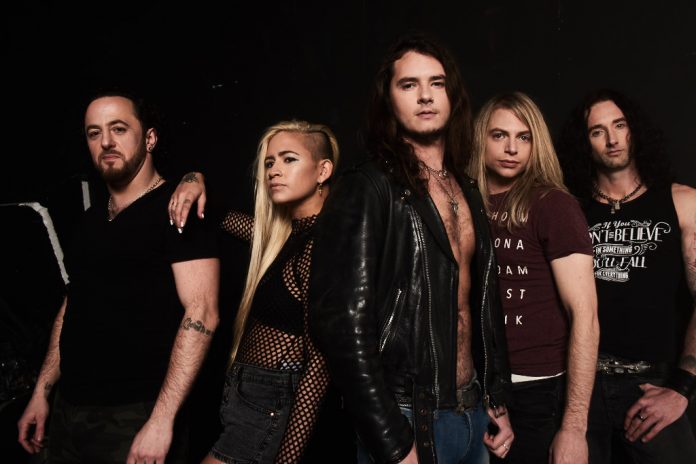 Influenced by great rock bands of both the past and present, The Brink bring new life and energy to today’s scene with their vibrant 21st Century form of balls-to-the-wall Rock N’ Roll.

They also have a hard-earned reputation as one of the hardest working young bands around.Starting out in Wisbech and Cambridge, the group have quietly worked their way up the ladder to headline in cities such as London, Manchester, Newcastle, Sheffield, Nottingham and Lincoln.

Following two self-released EP’s, they signed to Frontiers in 2017 and have been recording a debut album with producer Nick Tauber (Thin Lizzy, UFO, Marillion) for release in the autumn.

Meanwhile, they can be seen on tour in April at the following :

The last of these is the first edition of Frontiers New Breed Night, which will also feature sets by two other recent signings to the label, Doomsday Outlaw and Dirty Thrills.