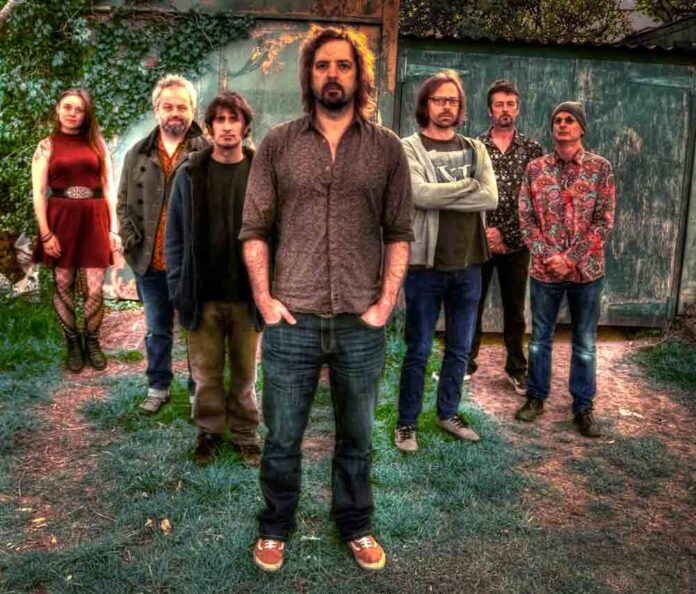 Cornish sonic explorers HANTERHIR have revealed another new video from their latest album.

Proving their uncanny musical ability to turn on a musical sixpence, the Redruth septet mix melodious folk with coruscating spacerock and Sonic Youth-style noise on ‘Always On’, the explosive opening cut from the album There Is No-One To Trust, which is out now through Easy Action.

‘Always On’ is about the way that my head never really stops thinking, sort of in a manic way,” explains frontman and songwriter Ben Harris. “I know we’ve said it’s about the band before, but really it’s Brexit and bills and Boris and shite jobs and not understanding people’s lack of compassion, their lack of urgency….”

There Is No-One To Trust is available here.