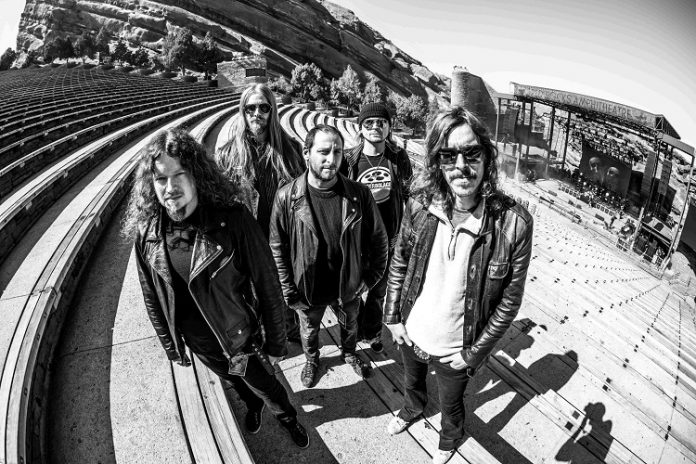 Progressive rock luminaries OPETH have announced a UK tour, which kicks off in late October at the legendary London Palladium.  The Swedish five-piece recently announced the arrival of their 13th studio album, ‘In Cauda Venenum’, which is set for release this Autumn via Moderbolaget / Nuclear Blast.

OPETH frontman and visionary, Mikael Akerfeldt comments “Well, Skid Row made that album, ‘Slave To The Grind’ (great LP!) and that’s what we (all) are. The new album is finished and it’s called ‘In Cauda Venenum’ and of course there’s a tour planned in support of this.  The UK is our ‘home away from home’ and we’re coming over for a few shows.  I’m very much looking forward to this. We’ll play something old, something new, something horrible and something true.  Take care until then….well, after ‘then’ too.”

Recorded last year at Stockholm’s Park Studios, ‘In Cauda Venenum’ will be released in two versions, in both Swedish and English languages. Various physical & digital formats will be available, with a release date and further details announced in the coming months.