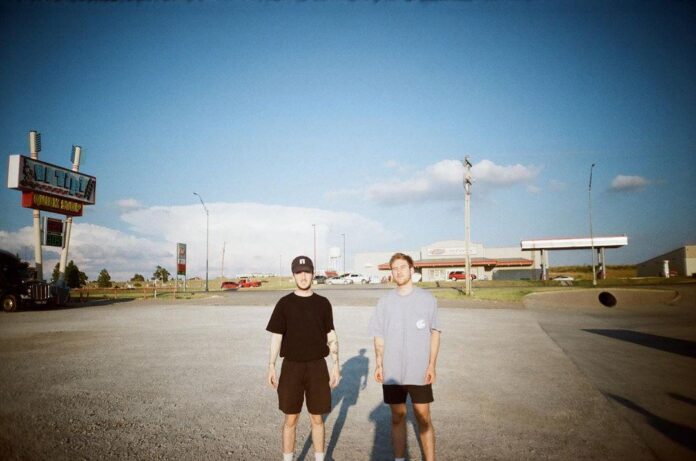 Canadian DIY tour de force cleopatrick are due to embark on their biggest UK headline tour to date this March. The entire tour features fellow New Rock Mafia cohorts Ready The Prince, and lands at London’s Electric Ballroom on 15th March with special guest PROJECTOR joining the bill for one night only.

To ramp up excited fans, the band have just shared unseen footage of their November 2021 London Islington Assembly Hall show. The entire show was shot via a camcorder passed around the bands friends and fans in the audience that night, leading to the ultimate “feel like you’re really there” experience. You can watch the entire sold-out show on their YouTube channel here.

Since their inception, cleopatrick have proved themselves to be one of the most in-demand rising rock bands on the planet. They were the only band picked for Amazon Music UK’s Ones To Watch 2021, and have amassed over 100 million streams alongside multiple sell-out tours and several shows (including London’s Alexandra Palace) supporting Frank Carter & The Rattlesnakes in 2020.

cleopatrick’s gargantuan debut album ‘BUMMER’ was released last summer via their own label Nowhere Special Recordings, and received critical acclaim across the board from the likes of The Guardian, Independent, MTV UK, DIY, Kerrang, Rock Sound, Dork and Upset. The band were also chosen as BBC Radio 1’s first ever Future Artist, with regular plays on air from tastemakers Annie Mac, Jack Saunders and Dan P Carter.

‘BUMMER’ was lauded for its transgressive take on guitar music, with DIY Magazine commenting “Blending together their love for guitars and hip hop, the pair seem to have hit on an intoxicating formula that showcases the power those genres can possess when united…no one in rock right now sounds like Luke Gruntz”. CLASH’s 8/10 stated “‘BUMMER’ is a record made to be played hard and loud, heard blaring out of car windows and making cavalcades in faceless crowds”, with Kerrang noting “Absolutely titanic riffs…cleopatrick’s obvious love of deafening rock and roll deserves praise”.

Comprised of best friends since the age of four Luke Gruntz (guitar/vocals) and Ian Fraser (drums), cleopatrick’s debut album ‘BUMMER’ saw the duo harness all the magic they’ve been brewing over their two-decade friendship and funnel it into a record that aims to reinvigorate the rock landscape from the ground up in every sense. Taking the ethos of their New Rock Mafia collective – a group of friends and fellow bands, united in making a more inclusive, equality-driven space in rock music – and imbuing it with the sonic ambition and ferocity of a record designed to be played hard and loud, ‘BUMMER’ is an album made to mean something.

“We want our music to feel as big as hip hop does in the club – big subs and loud drums and vocals right up front. But lyrically, we want to sing songs that everyone in the crowd feels comfortable singing along to. There’s a [historical] formula to rock music where people sing about drugs and alcohol and sex and it’s so fucking phony; it makes us so angry that kids who want to hear guitar music and get something from it and have a favourite band have to settle for that, and listen to these dudes lying to them,” Luke asserts. “It’s so gross to me and completely the opposite of how this genre started.”

Recorded with 21-year-old NRM peer and producer Jig Dubé putting their supportive, community-driven money where their mouths are, cleopatrick’s debut is a time capsule of a record – nodding to their insular, small town beginnings (second single ‘THE DRAKE” was written in reference to a traumatic gig in which their high school bullies turned up and started punching people in the mosh pit) but reaching for something altogether more exciting, utopian and full of life.

At its heart, it’s an album about two friends, who’ve been with each other since the formative first steps that adorn ‘BUMMER”s heartwarming cover images (two pictures taken by the pair’s kindergarten teacher from when Luke and Ian accidentally showed up to school in matching sweaters) and made something that’s a testament to the power of sticking to your guns.

*with Ready The Prince

^with Ready The Prince and PROJECTOR