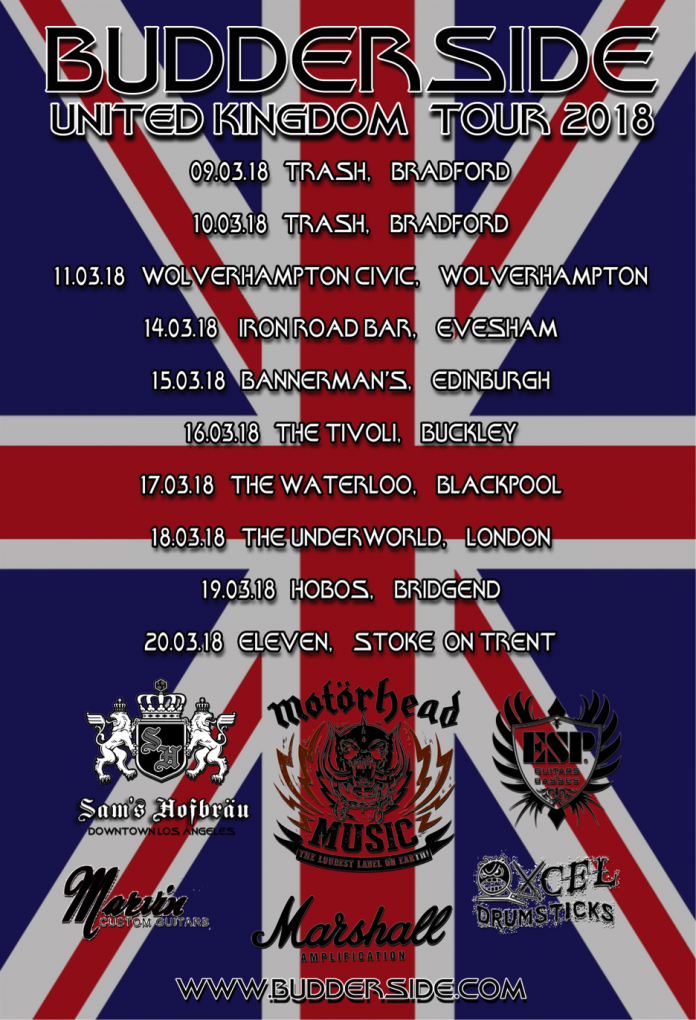 Budderside are pleased to announce a full regional UK tour in March 2018; the band will join fellow Rockers Enuff Z’Nuff.

Haling from the streets of LA, the four-piece, fronted by Patrick Stone, is ready to hit the British roads and bring their own solid rock to the UK fans.

BUDDERSIDE’s story – one of dreams, dedication, survival, struggle and eventual success – makes them a people’s band through and through. The band features Stoneman from Massachusetts on bass, Rich Sacco from Buffalo on drums, Colin Reid from Vancouver, BC on lead guitar, and from Northern California, guitar player and vocalist Patrick Stone.

The band’s eponymous debut album articulates their journey via a series of engaging, raging and rocking songs, including their latest video cut “Genocide”.  The album even features guest guitar appearances by Phil Campbell of Motörhead and sax by Katja Rieckermann of Lady Gaga and Rod Stewart.  Buddersidewas recorded at Rosewood Strat Studio with producer Paul Inder Kilmister (son of Lemmy Kilmister).

Tickets are available through the usual outlets and priced £17-£20 + booking fee (depending on city).